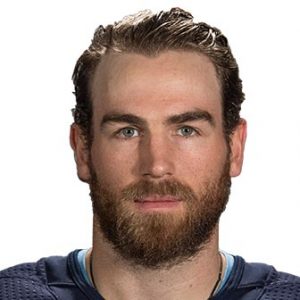 After playing minor hockey near his hometown of Clinton, Ontario, Ryan O’Reilly moved to Toronto for a year of midget hockey and it certainly paid off. The youngster was drafted into the Ontario Hockey League (OHL) with the first overall pick in 2007 when he was taken by the Erie Otters. He was the club’s rookie of the year in 2007/08 with 52 points in 62 outings and also took home the team’s Most Sportsmanlike Player honors.

His OHL career ended with 35 goals and 83 assists for 118 points in 129 games with five more points in five playoff contests. O’Reilly was also named the best penalty killer in his conference during his second and final season in Erie. When the 2009 NHL Entry Draft rolled around the center was selected in the second round with the 33rd overall pick by the Colorado Avalanche. He soon set a franchise record when the season faced off a few months later as their  youngest ever NHL player and earned an assist in his debut.

O’Reilly stuck with the Avalanche for his entire rookie season and finished the campaign with eight goals and 18 assists with a goal in six postseason outings. He spent another five seasons with the Avalanche and fine tuned his offensive and defensive chops, peaking at 64 points in 2013/14 with 28 goals and 36 helpers. Colorado played just seven more playoff games during that stretch however and O’Reilly chipped in two goals and six assists in them. In 2014 he signed a two-year deal for $12 million just before going to salary arbitration and was traded to the Buffalo Sabres a year later after scoring 90 goals and 156 assists for 246 points in 427 games with Colorado.

When arriving in Buffalo, O’Reilly inked a $52.5-million, seven-year contract extension and was named an alternate captain. He led the Sabres with 60 points in his first season on 21 goals and 39 assists and followed up with 20 goals and 55 points the next year. In 2017/18 he was named a finalist for the Lady Byng Trophy, set an NHL record with 1,269 faceoff wins in a season and finished the year with 24 goals and 37 assists for 61 points. However, O’Reilly and his Sabres’ teammates failed to make the playoffs for a third straight year.

In the summer of 2018 O’Reilly was on the move once again as he was dealt to the St. Louis Blues for a first and second-round draft pick as well as three players. He didn’t disappoint his new employers as the Blues went from the worst team in the league in early January to finish second in the Central Division. O’Reilly helped out with 28 goals and 49 assists for 77 points in 82 appearances. He was a +22 with five game winners while serving just 12 minutes in penalties. The Blues remained the hottest team in the NHL from January onward and captured the Stanley Cup in seven games over the Boston Bruins.

O’Reilly led the team and tied for the league playoff scoring lead with eight goals and a club record 23 points in 26 playoff encounters. He was rewarded for his excellent play with the Conn Smythe Trophy as the MVP of the postseason. His regular-season performances weren’t forgotten either as he also captured the Frank J Selke Trophy as the NHL’s best defensive forward to top off a perfect season.

At 6-feet-1-inch tall and 215 lbs, O’Reilly has the size to help him be recognized as one of the league’s best faceoff men and two-way centers. He’s never really been a point-per-game player during his career  but is a solid and consistent point producer with 499 points in his first NHL 733 league contests entering the 2019/20 campaign.