Washington Capitals’ Attack Gearing up for the Playoffs 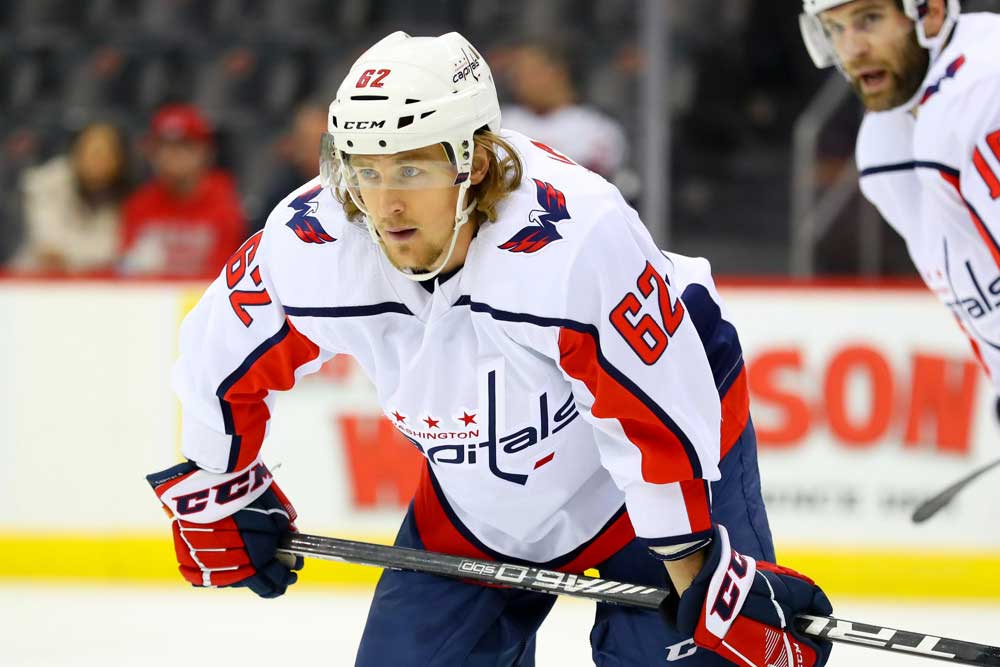 Though this is a less structured club in 2018-19, it isn’t some happy coincidence that the Caps sit atop the Metropolitan Division. They remain a formidable opponent.

The slippage along the blue line and between the pipes has been offset by a more balanced attack — especially lately. During their current 11-3-1 run, the Caps are averaging an impressive 3.80 GPG. Better yet, they’re controlling 54.3% of the shot attempts at 5-on-5 and sporting a 101.0 PDO. This doesn’t boil down to simple puck luck. The team’s offense has come together at just the right moment, both governing the play and lighting the lamp at a healthy rate.

As always, Alex Ovechkin (83 points in 73 games) has been productive. The captain simply knows how to score, consistently taking advantage of even the smallest windows granted to him by the opposition. His deadly one-timer on the power play doesn’t hurt either, as his 17 goals with the man advantage are good for third in the NHL. With 26 points in 23 games since the start of February, he’s provided steady offense down the stretch.

John Carlson (65 points in 73 games) has been perhaps the lone bright spot on the back end this year, as Washington owns 51.4% of the shot attempts, 50.2% of the scoring chances and 59.3% of the goals scored during his shifts. He’s proven consistent too, registering 18 points in 24 games across February and March.

Beyond those two, veteran forwards Nicklas Backstrom (69 points in 73 games) and TJ Oshie (47 points in 63 games) are as reliable it gets. The former is still a top-tier playmaker who can slow the game down and feather tape-to-tape passes at will, whereas the latter is a crafty winger with great instincts and motor. Evgeny Kuznetsov (65 points in 68 games) has taken a small step back this season, but the star center can still break a game wide open with his skill and creativity.

The most promising development up front has been Jakub Vrana’s (44 points in 74 games) emergence as a legitimate threat. The 23-year-old’s speed and nose for the net pop off the screen, and the underlying numbers corroborate his effectiveness: Among Caps forwards, he ranks second in CF60 (60.0), fourth in SCF60 (29.5) and third in GF60 (3.60). In other words, Washington is rarely more assertive or productive than when Vrana is on the ice.

Speaking of speed, Washington’s recent acquisition of Carl Hagelin (8 points in 13 games with the Caps) can’t be overlooked. The 30-year-old winger can still fly out there, covering a ton of ground on both the forecheck and backcheck.

This has benefited Lars Eller (35 points in 73 games) in particular. The third-line center was suffering through a horrific campaign before Hagelin’s arrival, but he’s turned things around in a major way with his new linemate and Brett Connolly (42 points in 74 games). It’s not a matter of raw production, though. Washington’s third unit is simply dictating the play rather than trying to survive.

In their brief time together, they’ve offered up superb performances: 62.8 CF%, 71.0 SCF%, 72.7 GF%. Since Hagelin plays at a feverish pace, Eller is no longer tasked with as much of the three-zone heavy lifting. He can focus on strong two-way play without taking the chances required to create offense. In a nutshell, he isn’t spreading himself too thin anymore because his linemates can pull their weight.

For his part, Connolly has rewarded the team’s faith in him, as he’s enjoying a career year and is displaying a glimpse of why he was so highly touted as a prospect. The 26-year-old may not offer much in the physicality department, but he’s learned how to produce at the pro level. If you don’t possess an Ovechkin-like laser beam, you need to get into the dirty areas. He’s done precisely that. His percentage of shots taken from the slot or closer — now at 51% — has risen in three consecutive seasons, and his production has followed accordingly. Ultimately, that commitment to finding greasy goals has yielded offense for everyone on his line.

Hagelin pushes opponents back with his pace, closes defensive gaps in a heartbeat and can retrieve loose pucks better than most. As a result, he’s already the team’s best possession forward. Connolly is coming into his own and doing all the little things to facilitate offense. Is it any surprise that their center is now thriving?

Prior to Hagelin’s arrival, Eller’s most frequent left winger was Andre Burakovsky (24 points in 68 games). The 24-year-old is enduring his worst season in the NHL and often looks disengaged when he doesn’t have the puck. That indifference to 200-foot hockey seriously hampered their collective play: 45.0 CF%, 44.7 SCF%, 41.7 GF%. On a divisional leader, those numbers are nothing short of disastrous.

The Caps detected and addressed that weakness before it was too late. Now they can find contributions throughout their lineup. Ovechkin seemingly won’t age. Backstrom and Kuznetsov are elite playmakers. Oshie is a stellar jack-of-all-trades. Vrana provides high-octane offense. Tom Wilson is a human wrecking ball with 21 goals in 54 games. Eller, Hagelin and Connolly have formed a dominant third line. Moreover, they all have Stanley Cup experience.

Hopefully, this will compensate for their leakier defense and goaltending. Trading for Nick Jensen hasn’t really paid off and Washington is still waiting on Matt Niskanen and Dmitry Orlov to round into form. Braden Holtby (2.95 GAA, 90.7 SV%) isn’t exactly enjoying a bounce-back campaign in the crease.

Maybe that’s OK, though. The team’s more offensive lean could allow it to overcome those issues.

The team is winning in spite of them at the moment and its attack has only gotten deeper in the past few weeks. These definitely aren’t last year’s Capitals, but their recent showings suggest they may be able to achieve similar results in a slightly different way.