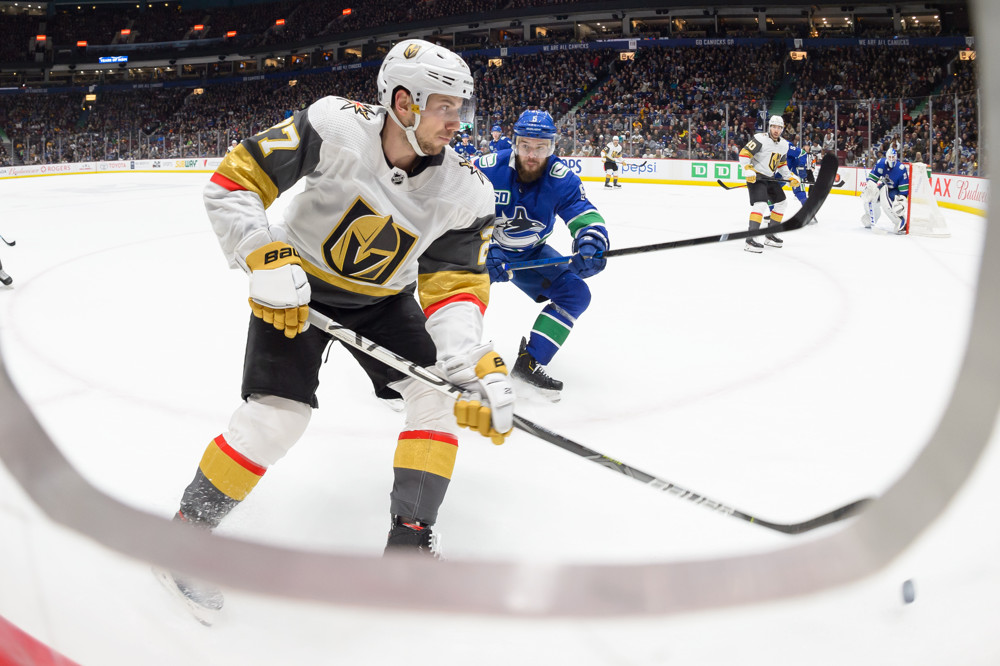 There’s only so much a goaltender can take before they buckle. In its second-round series against the Vegas Golden Knights, Vancouver tested the limits of that notion and ultimately paid the price.

Had the Canucks eked out a victory, Demko’s hot streak would have gone down as one of the greatest in playoff history. Across his four appearances, he posted a 0.64 GAA and 98.5 SV%. Despite playing about half as much as the starters in Round 2, the 24-year-old ranked first in goals saved above average. That’s absurd. He was in another universe in GSAA and high-danger GSAA per 60 minutes.

Since Vancouver tied Boston for the lowest scoring average in the conference semifinals, Demko was offered no room for error.

Obviously, full credit goes to his opponent for dictating the play so comprehensively that he was forced into those heroics. Vegas was a heavy favorite entering this series, and it justified that faith with a dominant showing from start to finish. At 5-on-5, Peter DeBoer’s club owned 61.8% of the shot attempts, 61.9% of the scoring chances, 61.9% of the high-danger opportunities and 65.6% of the expected goals. Those were all league-leading marks. Vegas threw the kitchen sink at the Canucks, attacking them from the point, from the high slot and from prime real estate. Demko’s teammates didn’t have any answers for this 360-degree tidal wave.

That was never more evident than on Friday night. With its season hanging in the balance, Vancouver posted a horrific 25.0 CF%, 30.0 SCF%, 17.6 HDCF% and 24.3 xGF%. Green could only look on in horror while his team clung for dear life.

In the first period, Paul Stastny hops on a rebound in tight and fires into a seemingly gaping net. However, Demko tracks the puck and kicks his right pad out to deny Vegas at the last second:

In the second frame, Stastny is thwarted once again on a similar sequence. The veteran digs the puck away from Quinn Hughes and goes to the backhand, but Vancouver’s overnight sensation teleports across the crease with his glove in perfect position to stop a mid-height attempt:

Though Vegas players may have been gripping their sticks a little too tightly, they never grew discouraged by Demko’s performance. Vancouver’s lack of counters fed into the Golden Knights’ barrage, as they were afforded more zone time and thus more opportunities than a stingier team would have conceded. Exhausted and clearly bothered by the opposition’s hellacious forecheck, the Canucks simply couldn’t get out of their end.

That issue reared its ugly head early in the third frame:

An awful turnover at the blue line grants William Karlsson another possession and the Golden Knights get downhill immediately. Jonathan Marchessault is tendered a glorious rebound look, but Demko proves up to the challenge.

As the game wore on, Vancouver’s structure disintegrated. Vegas was creating opportunities at every turn, which led to wild scrambles in the slot:

It was only a matter of time before the Golden Knights found the series-clinching goal. After all, they had struck iron a couple of times in addition to their myriad chances. Vancouver, for its part, appeared helpless. It enjoyed four power plays—including a five-minute man advantage following Ryan Reaves’ high hit on Tyler Motte—and finished the night with 14 total shots. The Golden Knights produced 15 bids in the third period alone.

They swarmed every last inch of the ice, somehow outshooting (36-14) and outhitting (45-27) the Canucks by ridiculous margins. There was no escape. With a little over six minutes remaining in the contest, Vegas uncovered the game-winner on the power play:

The time-tested approach of taking away a goaltender’s vision bore fruit, as the Golden Knights stacked a pair of bodies (Karlsson, Mark Stone) in the lane to hamper Demko’s view of a well-placed point shot.

Unfortunately for Vancouver, it couldn’t conjure a desperate last stand. It didn’t even test Vegas’ defense in the waning minutes.

The Golden Knights, now emboldened by Theodore’s goal, kept their foot on the gas and potted a pair of empty-netters. Those markers represented the culmination of a series-long onslaught on the Canucks. Stone and Reilly Smith set up countless great looks. Theodore demanded the hockey world’s attention with his spectacular play from the blue line. Alex Tuch was a high-octane menace who led the second round in rush attempts. Max Pacioretty chipped in with four goals. Despite little to show for their efforts, Karlsson and Marchessault figured into the top 10 in scoring chances. Chandler Stephenson ranked last among Golden Knights forwards with a 58.7 xGF%. Think about that for a moment: The best-case scenario for Vancouver was controlling 41.3% of the expected goals.

Vegas’ attack just never quit. The Canucks resisted for as long as they could, but after almost 200 minutes spent under siege, Demko’s back finally gave out. The one-man army had fallen, and the Golden Knights could now proceed to the Western Conference Final.