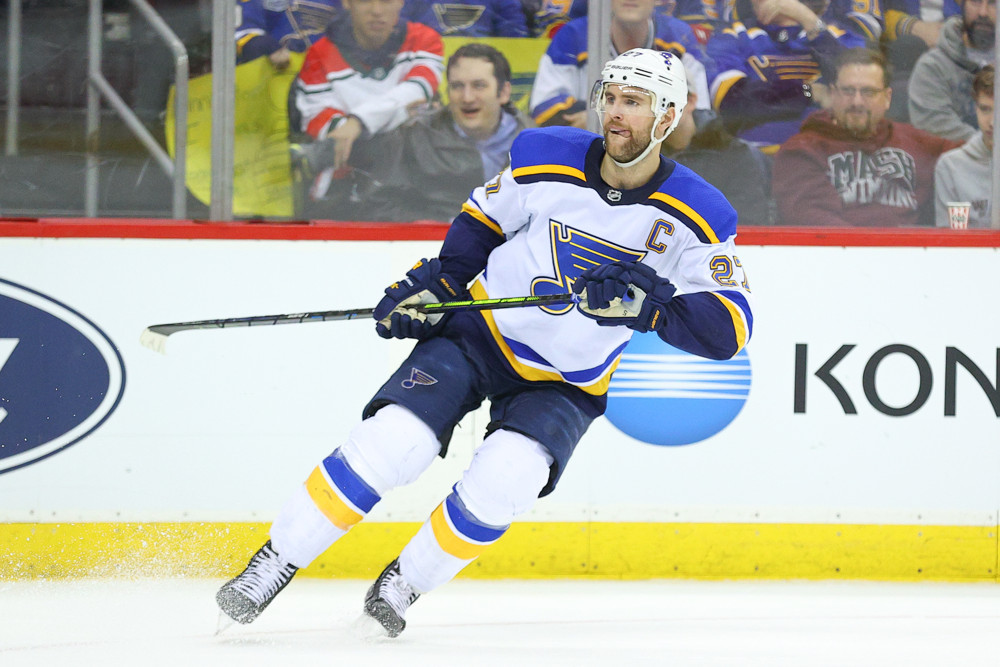 Kelly McCrimmon must not believe you can have too much of a good thing. His Vegas Golden Knights play a suffocating puck-possession game that has positioned them firmly in Stanley Cup contention since their inception three seasons ago—and they just signed two-way defenseman Alex Pietrangelo to a seven-year, $61.6 million contract.

The biggest fish in this year’s free agency pool is an elite blueliner who does everything well. Outside of Victor Hedman, Roman Josi and perhaps Seth Jones, there isn’t a more complete rearguard in the NHL:

Alex Pietrangelo has reportedly agreed to a 7-year deal with the Vegas Golden Knights. Scoring, possessing the puck, blocking passes, winning battles – Pietrangelo does it all at an elite level. His 2019-20 numbers below. #VegasBorn pic.twitter.com/jZmJRqcmDz

While this is obviously quite the splash, was it the right one for Vegas to make?

The team once again fell agonizingly short in 2019-20, and it wasn’t due to poor play in any particular zone. Across the playoffs, the Golden Knights owned 58.9% of the shot attempts (1st), 58.1% of the scoring chances (1st) and 59.3% of the high-danger opportunities (2nd) at 5-on-5. They created waves of immense pressure and threw the kitchen sink at opponents. Unfortunately, they couldn’t buy a goal when they needed one.

After nearly letting Vancouver Canucks backup netminder Thatcher Demko steal their second-round series, they only produced eight goals over five games against the Dallas Stars in the Western Conference Final. You aren’t going to win a championship with that output.

Pietrangelo doesn’t necessarily move the needle in that department either. The 30-year-old veteran is capable on the offensive end, ranking 21st among blueliners in points/60 minutes over the past three seasons. In addition to great overall instincts, he offers a solid first pass, an ability to filter shots through traffic and he rarely spends more time in the defensive zone than he needs to. Any club would be thrilled to acquire that skill set in a rangy 6’3”, 210-pound frame. He also captained St. Louis to its first title in franchise history only one year ago.

However, his impact specifically on the attack is limited both by his position and identity as a three-zone defender. Vegas paid for a savvy and steady presence on the back end. He isn’t a bona fide offensive defenseman or a proven top-six forward. As such, his signing doesn’t address the club’s greatest need.

Another headliner in this free agent class might have.

Taylor Hall was without question the best forward available on the market—and since he was most recently an Arizona Coyote, he was very available. Buffalo’s newest star and the 2017-18 Hart Trophy winner is an offensive catalyst who sits 15th in points/60 over the past three campaigns. More importantly, he plays at a breakneck pace that would suit the Golden Knights while providing some of the production that they’ve failed to muster in the most crucial moments. 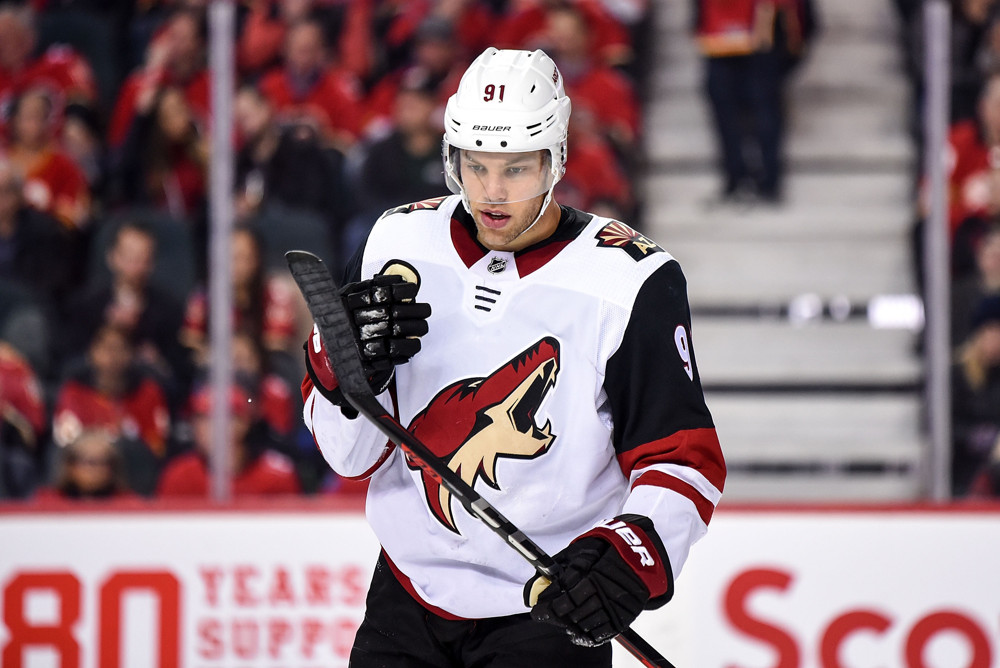 CALGARY, AB – MARCH 06: Arizona Coyotes Left Wing Taylor Hall (91) looks on during the second period of an NHL game where the Calgary Flames hosted the Arizona Coyotes on March 6, 2020, at the Scotiabank Saddledome in Calgary, AB. (Photo by Brett Holmes/Icon Sportswire)

Whether he’s pulling the trigger or crashing the net, Hall can impose his speed on the game in a way that few wingers can. His style is messy, frenetic and absorbs so much attention that his teammates benefit from higher-quality looks when he’s on the ice. Since Vegas struggles to cleanly beat opposing goaltenders, that sort of havoc would have been a welcome sight.

See, the Golden Knights don’t need any help tilting the ice. They’ve done that at a remarkable level from the get-go. Just this summer, they led the entire playoffs in expected goal rate (61.3%).

They need a star forward who can bridge the gap between their expectations and results. A player who can keep up with their tempo and make a difference on the offensive end. Someone who can deliver the goods in crunch time. As a lightning-quick winger with 12 points in 14 postseason contests, Hall scratches that itch:

Signing him would have instantly turned the top line into a proper three-zone force while pushing Max Pacioretty down the lineup so he could feast on softer competition and spread out the club’s scoring. Vegas certainly isn’t deep at the center position, but Hall is a rarity: a forward who drives play from the wing. Also, as we now know, he wouldn’t have commanded a totally unreasonable contract. Especially if Hall was adamant about inking a one-year deal to explore the market next offseason, Vegas could have seriously bolstered its forward corps at a fair price and then reassessed if the experiment failed.

Sure, the Golden Knights didn’t have a Jack Eichel to lure Hall to Vegas, but his earning potential would have still risen with a deep playoff run—perhaps even a championship—on his resume.

Though Hall may not stack up to Pietrangelo in a vacuum, he was the piece Vegas’ management should have been chasing in free agency.

Now there isn’t much flexibility for the Golden Knights to improve their offense. Mike Hoffman and Evgenii Dadonov remain available, but the fit for either player would be questionable. Moreover, Vegas has to shed $1 million to sneak under the ceiling and there don’t appear to be many bidders for Marc-Andre Fleury’s $7 million cap hit. McCrimmon has already sacrificed Nate Schmidt (traded to Vancouver), who fit the club’s system almost perfectly, to make room for Pietrangelo. It’s an undeniable upgrade, but again, it doesn’t target the Golden Knights’ biggest weakness.

Maybe pairing Pietrangelo with speedy puck-mover Shea Theodore will unlock their offensive totals. Or maybe 2017 sixth overall pick Cody Glass will finally take the next step in his development.

Otherwise, the Golden Knights may regret sticking to their guns up front when a game-changing weapon was there for the taking.