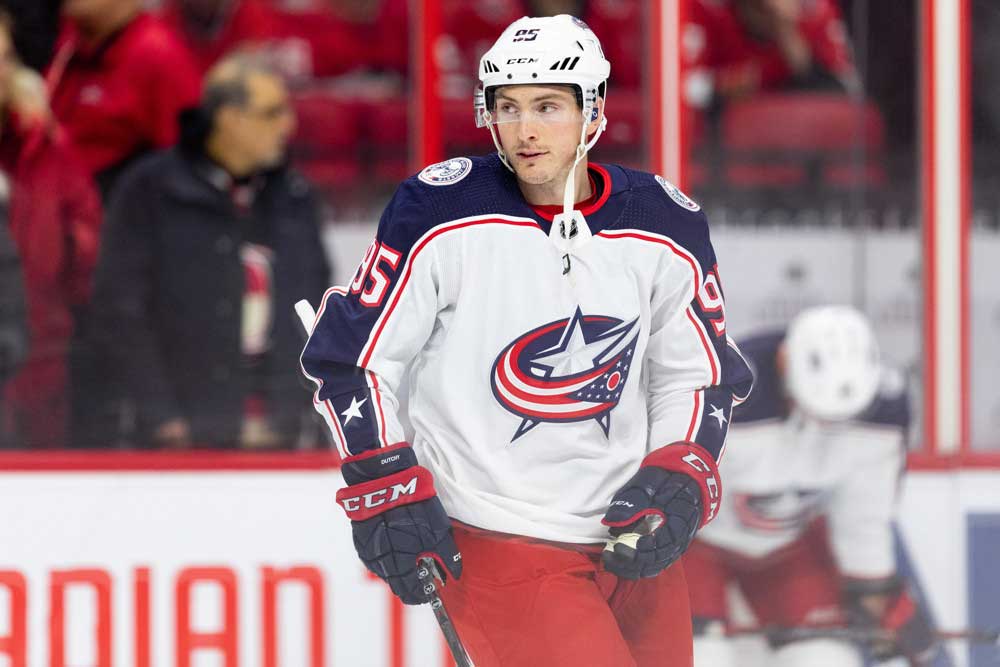 The clock was ticking on Matt Duchene in Ottawa and it reached midnight on Feb. 22nd when the Senators dealt the 28-year-old to the Columbus Blue Jackets. Senators’ general manager Pierre Dorion kept Duchene out of the lineup the night before when his team took on the New Jersey Devils and also scratched fellow pending-unrestricted free agent forwards Mark Stone and Ryan Dzingel.

Dorion didn’t want to risk injury to any of the players as the Feb. 25th NHL trade deadline is just around the corner. The Senators reportedly offered Duchene a new eight-year deal worth $64 million, but he would rather play with a club that has a realistic chance at making the playoffs.

The Blue Jackets fit that bill, but there’s no guarantee they’ll be playing this spring since they trailed the Carolina Hurricanes for the last wild-card playoff spot by a point at the time of the trade. However, they did have two games in hand. They were also four points behind the Montreal Canadiens who were clinging to the first wild-card spot in the Eastern Conference and also had a pair of games in hand on them.

In return for Duchene, Ottawa receives a first-round draft pick in 2019 along with forward prospects Vitaly Abramov and Jonathan Davidsson. Ottawa also gets a conditional first-rounder in 2010 if Duchene signs with the Blue Jackets rather than tests the free-agency market. The Senators also sent defensive prospect Julius Bergman to Columbus in the swap.

The 23-year-old Bergman had been playing in the American Hockey League with the Belleville Senators and had six assists in 33 games this season. He was originally drafted by the San Jose Sharks in the second round with the 46th overall pick in 2014. Ottawa acquired him in a trade with San Jose in June of 2018 and he’s yet to play an NHL game.

The 20-year-old Abramov was taken in the 2016 NHL Draft by Columbus with the 65th overall pick. He’s been playing in the AHL with the Cleveland Monsters this season and has scored 12 goals and 22 points in 52 games.

The 21-year-old Davidsson was taken in the sixth round of the 2017 draft by Columbus with the 170th overall selection and has notched 10 goals and 20 points for Djurgardens IF of the Swedish Hockey League this year.

Ottawa originally acquired Duchene in November of 2017 in a three-team trade with the Colorado Avalanche and Nashville Predators. Dorion gave up his first-round draft choice in 2019 to Colorado in that deal and it could be costly since the Senators are currently in last place in the 31-team league. He also lost Kyle Turris, Shane Bowers, Andrew Hammond and a third-round draft pick in 2019 in the transaction.

Since arriving in Canada’s capital city, Duchene has scored 50 goals and 57 assists in 118 games including 27 goals and 31 helpers in 50 outings this season. However, the team’s record since he joined them was just 39-69-10.

Ironically, the native of Haliburton, Ontario’s first game with Columbus will come against Ottawa just several hours after the trade.

Ottawa’s chances of making the playoffs were distinguished weeks ago and they’re now without a legitimate first-line center with the likes of Jean-Gabriel Pageua, Zack Smith, Chris Tierney and rookie Colin White in the lineup.

Dorion gave up quite a bit to land Duchene and the first-rounder he dealt could end up being the top-overall pick this summer, which will likely be Jack Hughes. Duchene often told the Ottawa media he enjoyed the city and his teammates, but it’s obvious playing for a contender is more important to him.

The Senators lineup could look pretty bare if Dzingel and Stone are also traded before the deadline and the club will need to completely rebuild in the next year or two if they both leave.

As for the Blue Jackets, general manager Jarmo Kekalainen still has a boatload of work ahead of him. There’s no guarantee Duchene will re-sign with Columbus, especially if they miss the playoffs. Also, he still has to decide what to do with forward Artemi Panarin and goaltender Sergei Bobrovsky who are both unrestricted free agents this summer.

Does he keep his lineup intact and go for the gusto with the addition of Duchene or will he trade Panarin to get back some assets which were given up to Ottawa?

The worst case scenario would see Columbus keep Panarin and Bobrovsky, miss the playoffs and then lose both of those players along with Duchene to free agency in July. If Panarin and/or Bobrovsky are traded Kekalainen would at least have something to show for them. There’s also a remote possibility that Duchene could also be moved on before the trade deadline if he hints at not re-signing in Columbus.

It’s quite a predicament for Kekalainen and one no general manager would like to be in.

Duchene’s re-signing fee has basically already been set with the Senators reportedly offering $8 million a year. Columbus is presumably fine with this number since it would likely be less than what Panarin will sign for and Duchene is a ready-made replacement for the Russian sniper when and if he decides to skip town.

This is the first big deal of trade deadline week and there could now be a domino effect around the league as a result. The Blue Jackets are definitely stronger at the moment, but acquiring Duchene could be a huge gamble if they don’t make the playoffs.