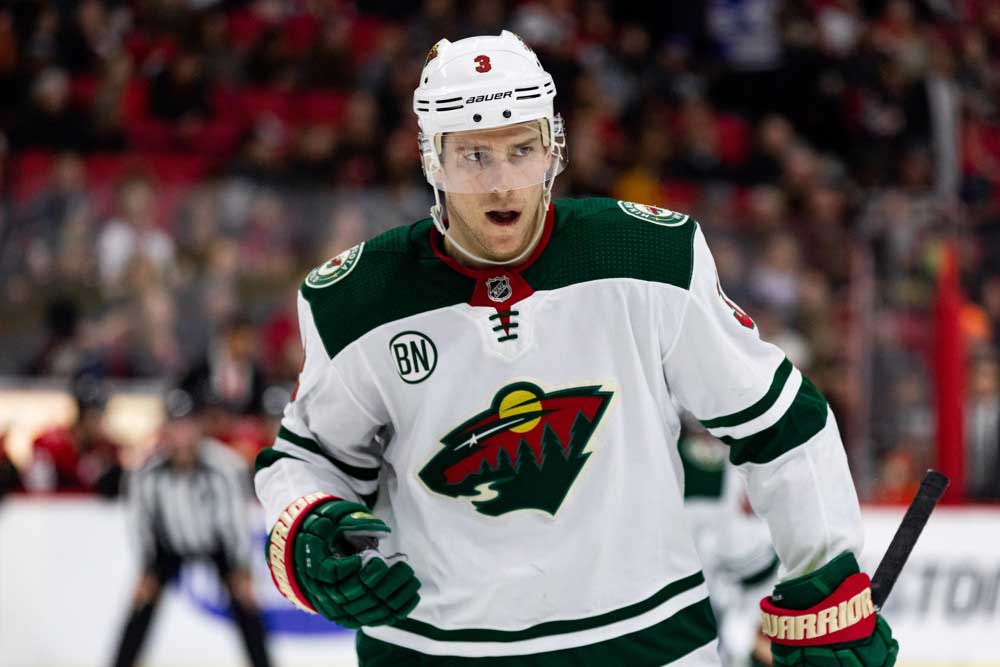 The Boston Bruins have quietly gone 9-0-3 over the past dozen games including a seven-game winning streak. They also won all three games of their recent California road trip for the first time in franchise history. It’s quite an accomplishment at this time of the year especially since leading goal scorer David Pastrnak is still out of the lineup with an injured thumb.

With their recent hot streak, Boston temporarily solidified their grip on second place in the Atlantic Division in between first-place Tampa Bay Lightning and the third-place Toronto Maple Leafs. The Bruins are making a late run in a bid to secure home-ice advantage at TD Garden, at least for the first round of the playoffs.

There’s a chance the Bruins and Leafs could meet once again in the opening showdown of the postseason and home ice advantage has been an important factor the last two times the teams have met.

With Pastrnak on the shelf, the team has been getting some crucial secondary scoring with winger Jake DeBrusk leading the way. The 22-year-old sophomore from Edmonton, Alberta notched 16 goals and 43 points in 70 games as a rookie last season after being drafted 14th overall by the Bruins in 2015. He then upped his game even more during the playoffs by chipping in with six goals and eight points in 12 contests.

DeBrusk has already bettered last year’s goal total due to his current scoring streak. He’s registered a goal in each of his past five games and added five assists over that stretch for 10 points. He’s now up to 19 goals and 10 helpers on the season in 52 games and is on pace for 27 goals and 41 points. DeBrusk has done an admirable job in the points department with Pastrnak out and has lifted his game at the perfect time.

This isn’t to suggest DeBrusk wasn’t pulling his weight earlier in the year, but he’s now scored 34 per cent of this season’s point total in the past five contests. DeBrusk has been playing left wing on Boston’s second unit with center David Krejci and they may have a new linemate now in Charlie Coyle. The Bruins acquired the 26-year-old Coyle from the Minnesota Wild on Feb. 20th in return for a conditional fifth-round draft pick in 2019 and 22-year-old forward Ryan Donato.

Coyle is in the second-last season of his five-year $16 million contract and is scheduled to become a free agent on July 1st, 2020. He comes over to Boston with a cold hand as he’s gone seven games without a point, but has 10 goals and 18 helpers in 60 outings this season. Coyle can play both center and wing and could slot in on Boston’s second line with DeBrusk and Krejci or center the third unit.

Head coach Bruce Cassidy told the media, “We do feel there’s a need there at third-line center. Trent Frederic’s been doing well, but he’s young”

At 6-feet-3-inches tall and 220 lbs, Coyle adds a lot of size to the squad as well as a decent scoring touch. He has 91 goals and 242 points in 479 regular-season career NHL games with Minnesota and is a plus-32. He’s also played 44 playoff games and added seven goals and eight assists. Coyle was originally taken by the San Jose Sharks in the first round of the 2010 draft with the 28th overall pick.

However, the native of Weymouth, Massachusetts never played with the team as San Jose traded Coyle, Devin Setoguchi and a first-round draft pick in 2011 to Minnesota for Brent Burns and second round draft pick in 2012. Unfortunately for the Wild, that 2011 deal turned out to be a steal for San Jose.

While speaking to the media with Cassidy, Bruins’ general manager Don Sweeney added, “Charlie brings unique qualities to our team. He’s an experienced, productive, two-position player with size, skill and speed and will provide the necessary depth in all areas of our game as we continue to battle for a playoff position.”

The Bruins lose Boston-born Donato in the trade and he leaves with six goals and three assists to his name this season in 34 games and was a minus-11. However, he was sent to the Providence Bruins of the American Hockey League at the end of January. Donato was drafted by Boston in 2014 in the second round with the 56th pick overall.

He was technically a rookie this season as he played just 12 games in 2017/18 with five goals and four assists in 12 games and was a plus-2. He got into three playoff games last year but didn’t register a a point while going minus-3. The Bruins signed Donato to a two-year contract worth $2.7 million in 2017 and he’ll be a restricted free agent with Minnesota this summer.

With the Bruins acquiring some size and scoring depth in Coyle it may prompt a few other Atlantic Division teams to make deals to keep up to pace. Toronto recently lost its grittiest forward as center Nazem Kadri left the Leafs’ Feb. 19th game against the St. Louis Blues with a concussion.

Even with Kadri in the lineup the Leafs haven’t been able to solve Boston in their last two playoff series, partly because of self destruction though.

The Bruins and DeBrusk have chosen a good time to gel and put together their impressive streak and should be even stronger with Coyle in the lineup and when Pastrnak returns. Nothing is guaranteed, but a good first step for the team would be locking up home ice advantage for the first playoff round in April, especially if they meet Toronto.