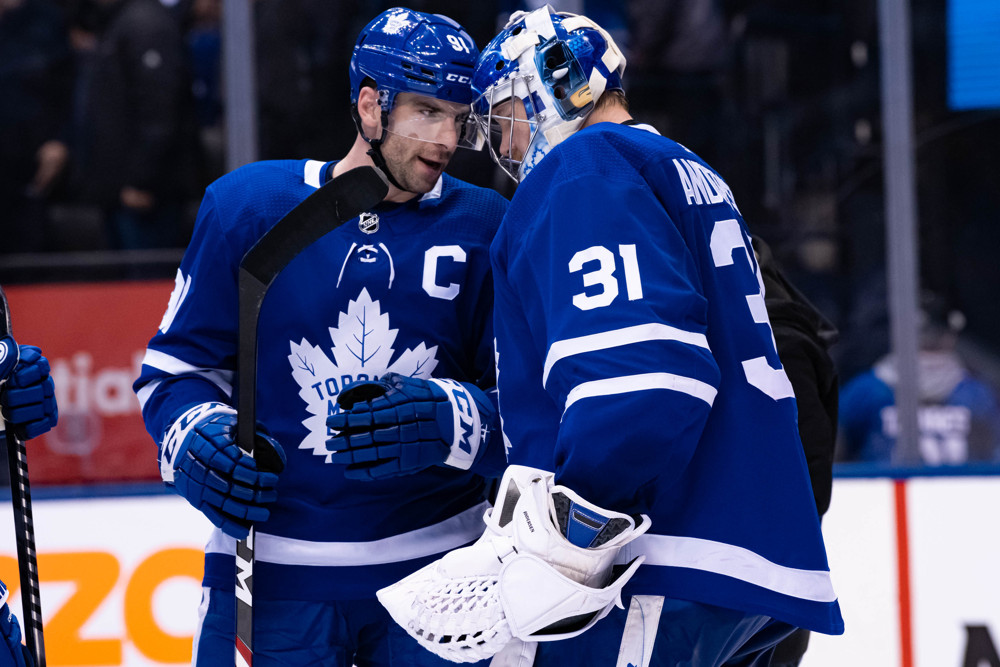 The first year of the Auston Matthews era in Toronto was a triumph that vaulted the Maple Leafs back into the postseason far sooner than expected.

Since then, however, they’ve spun their wheels as a perennial pretender. Despite a wealth of talent and a number of significant changes—including the much-publicized signing of John Tavares in free agency and the firing of decorated coach Mike Babcock—this club can’t seem to find the answers.

Thankfully, general manager Kyle Dubas is relentless in his search for them. Forget his faith in analytics. It’s the 34-year-old’s willingness to adapt and shift gears that truly separates him from the old guard. For a competitive squad, Toronto has been very active under Dubas. His track record certainly isn’t spotless, but he’s constantly looking to tweak his club’s DNA in hopes of landing on the right formula.

After overcorrecting Babcock’s vision when he shipped out most of the roster’s sandpaper in favor of skill, he’s been busy striking a finer balance this offseason.

Unrestricted free agent Tyson Barrie wasn’t a fit, so he wasn’t retained. Toronto opted for TJ Brodie instead. The 30-year-old is a mobile left-handed defenseman who prefers to play on the right side. He brings some of the skating and puck-moving ability that Barrie does, but with a much stronger defensive conscience. That’s precisely what the doctor ordered: a blueliner who can keep up with the Maple Leafs’ tempo while providing a safety net on the back end. 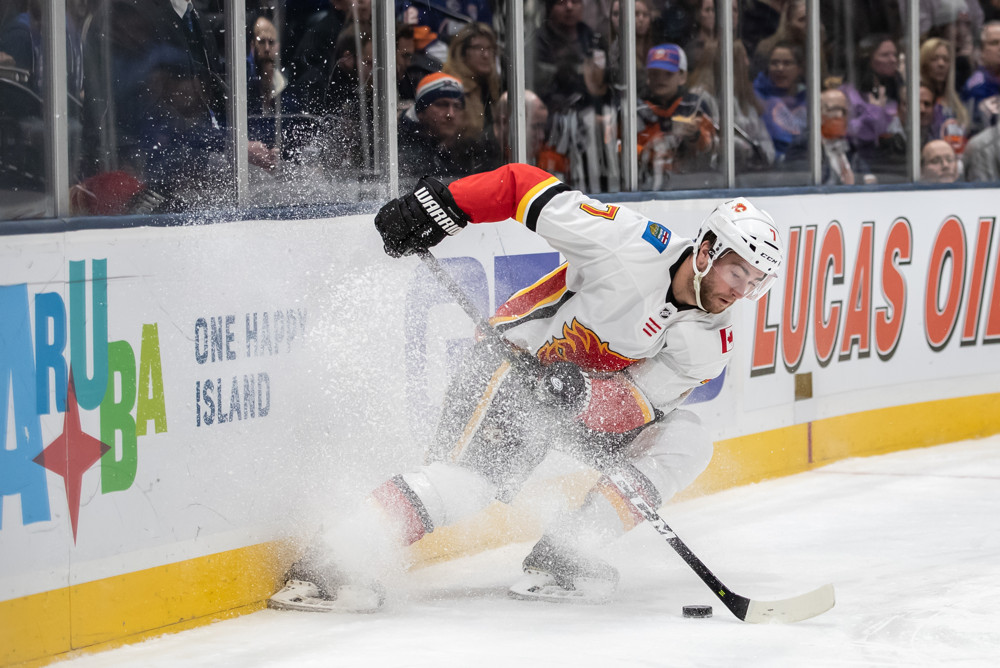 UNIONDALE, NY – FEBRUARY 26: TJ Brodie (7) of the Calgary Flames changes direction with the puck during a game between the New York Islanders and the Calgary Flames on February 26, 2019 at the Nassau Veterans Memorial Coliseum in Uniondale, NY. (Photo by John McCreary/Icon Sportswire)

That dimension is particularly important because Sheldon Keefe will likely pair him with Morgan Rielly, a freewheeling player who suffers more than his fair share of defensive breakdowns. Even though Brodie has faced stiff competition, he’s outperformed his Calgary Flames teammates in expected goals against/60 minutes throughout most of his career. That’s a great sign.

And he’s useful with the puck as well. He may not rack up as many points as a pure offensive defenseman (e.g. Barrie), but he makes a solid first pass and good decisions at the point. Considering Toronto’s struggles at converting attempts (6th in CF%) into actual shots on goal (12th in SF%), the following sequence should represent cause for optimism:

Dubas also signed veteran Zach Bogosian to round out his blue line. Fresh off a Stanley Cup victory with the Tampa Bay Lightning, the 30-year-old is a 6’2”, 200-pound right-handed shot who will bring some nastiness to the fold.

Though the 2008 third overall pick never fulfilled his potential as a top-flight defenseman, he has quietly turned his career around as a rugged stay-at-home presence. He should provide quality minutes on the third pairing among a committee comprised of Travis Dermott, Mikko Lehtonen (don’t be surprised if his stock skyrockets in short order), Rasmus Sandin, Timothy Liljegren and Calle Rosen.

Barring a slew of injuries, that depth should finally push Martin Marincin out of the picture.

The influx of grit can be seen up front too. Wayne Simmonds inked a one-year deal to play in the bottom six. The 32-year-old power forward has lost a step since his 50-point campaigns, but he told reporters he hasn’t been this healthy in years. Even at full speed, he seems like an odd match style-wise…and maybe that’s a good thing. Playoff games are seldom track meets. Toronto will rightfully try to impose its tempo on opponents, but when the pace grinds to a halt, it must learn to battle—and win—in the trenches.

Simmonds can help in that regard. Over his career, 56% of his shots and 78% of his goals have originated in the slot. He’s a proven net-front monster who understands how to gain inside leverage and capitalize on opportunities in tight:

Given his age and brand of hockey, a return to form appears unlikely. However, his crash-the-net mentality can still improve the Leafs’ spacing and create higher-quality bids both at even strength and on the power play.

Beyond free agency, Dubas explored the trade market to obtain some cap relief while introducing more edge to the forward corps. After moving Kasperi Kapanen to Pittsburgh for solid futures, he sent Andreas Johnsson to the New Jersey Devils in exchange for Joey Anderson. The 22-year-old’s offensive upside is almost certainly lower than Johnsson’s, but there are two aspects of this deal to consider.

First, 19-year-old Nick Robertson is one of the better goal-scoring prospects around. If he’s granted a full-time opportunity, he should produce well in a third-line spot—and at a fraction of the cost. Secondly, Anderson brings an entirely different identity to the table. While he and Johnsson are comparable in speed, the former deploys his wheels as a tenacious two-way grinder. He’s a responsible and diligent worker who lives for puck battles.

In a nutshell, envision Zach Hyman with less brawn but better hands:

Beyond Hyman, Toronto has sorely missed that ability to chase down dump-ins, disrupt a breakout, and extend plays. This should translate to fewer one-and-dones and longer waves of attack, which obviously spells good news for a squad built on offense.

Make no mistake: The Maple Leafs remain a remarkably skilled outfit. Matthews, Tavares, Mitch Marner and William Nylander anchor one of the strongest top sixes in the league. The difference is they’re now better supported to hang in there when the going gets tough. Unlike Barrie, Brodie isn’t afraid to retrieve pucks along the boards. Lehtonen is tearing up the KHL (13 points in 11 games) while playing stellar defense. Simmonds can turn the tide by laying the body or mucking it up in the corners. Anderson will buzz around the ice with endless motor and determination. Bogosian will surely embrace his role as an experienced bruiser.

The Leafs aren’t necessarily bigger in a physical sense, but they’ll certainly play bigger.
And for a team that has routinely shrunk in the face of adversity, that’s huge.