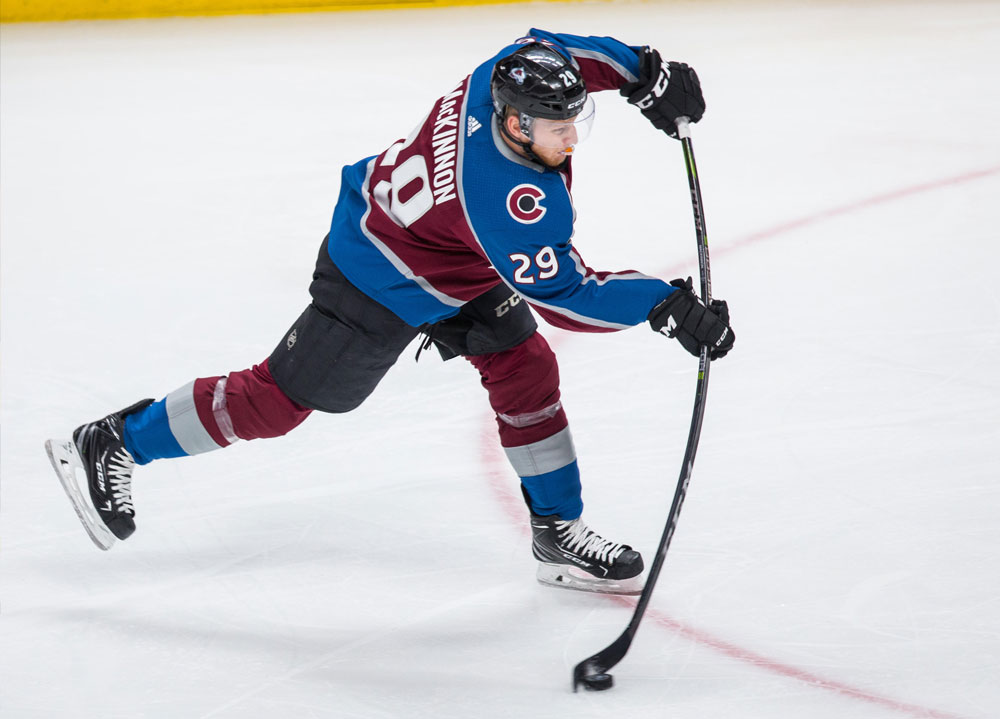 The Colorado Avalanche surprised some fans and hockey experts last season by making it to the NHL playoffs and finishing fourth in the Central Division. It wasn’t easy though and they didn’t clinch their spot until the very last day of the season when they took the second wild card position with their 95 points. It was the club’s first appearance in the playoffs in four years and they didn’t hang around too long as the Nashville Predators tuned them out in six games. Still, just making it that far was seen as quite an achievement by many.

Of course, the Avalanche now need to follow that feat up with another playoff appearance or they’ll be dismissed as one-hit wonders or a team that just got lucky. General manager Joe Sakic believes they have the talent to return to the postseason though as he didn’t make wholesale changes to the roster during the summer. He upgraded the goaltending by acquiring Philipp Grubauer from the Washington Capitals along with free agent defenseman Ian Cole and winger Matt Calvert. Among those who left were backup goalie Jonathan Bernier along with winger Blake Comeau and the forever underachieving forward Nail Yakupov.

It’s no wonder Sakic didn’t make many moves as the Avalanche possess some of the best young talent in the NHL and possibly the top forward line in the league. Semyon Varlamov returns in net for the final season of his contract and he’ll be challenged by Grubauer for the number one spot. This should result in healthy competition with Varlamov being motivated to post good numbers before heading into contract negotiations. In front of the net are some fine young defensemen such as 20-year-old Samuel Girard along with Tyson Barrie, Erik Johnson and Nikita Zadorov. The blue line used to be seen as the team’s weakness, but it’s now quick and mobile with some scoring punch.

Forwards Tyson Jost and Alex Kerfoot are just 20 and 24 years old respectively and  are expected to improve and add solid secondary scoring as they enter their second year in the league. Kerfoot scored 19 goals and 24 assists as a rookie while Jost added 12 goals and 10 assists. Colorado scored 255 times last year, which ranked 10th best in the league after finishing the previous season dead last with just 165 goals. The main reason for the drastic improvement around the net has been the emergence of star shooters such as Nathan MacKinnon, Mikko Rantanen and Gabriel Landeskog. MacKinnon racked up 94 points in 74 games last year while Rantanen had 84 in 81 and Landeskog contributed 62 points in 78 outings.

The team owned the league’s worst shooting percentage and power-play in 2016/17 and that was taken care of as well as they finished last season with the eighth-best power-play and third-best shooting percentage. Let’s keep going shall we? Colorado’s defense was also brutal two years ago as the squad conceded a league-high 276 goals and cut that down to 236. With Bernier and Varlamov leading the way in net, the  team’s save percentage rose from 89.4 to 91.4 over that 12-month span as well. It’s clear to see the Avalanche improved in both ends of the rink as their youngsters gained more experience.

Colorado took 58 out of a possible 84 points at home last season and that leads us back to the line of left-winger Landeskog, center MacKinnon and right-winger Rantanen. With head coach Jared Bednar having the last line change at home he obviously took advantage of it and played his top trio against lines he believed they’d succeed against. It worked out well since MacKinnon led the NH in home scoring with 27 goals and 40 assists while the line combined for 63 goals and 98 assists in Colorado with a plus-68 rating. Away from home, they combined for 30 goals and 52 assists while going minus-41.

Looking back, the team’s dreadful showing in 2016/17 may have actually been a blessing in disguise. Colorado now has one of the NHL’s youngest rosters, but the players have quite a bit of experience for their age as many of them played more than they normally would have two years ago. Bednar basically had to throw his youngsters out on the ice to learn in all situations as there weren’t many veterans in the lineup. They’ve now grown and learned together and it’s definitely paying off. The MacKinnon line has started the 2018/19 campaign where it left off last year and Rantanen has been leading the league in points for most of the season.

The Central Division itself should be credited with helping the Avalanche improve somewhat as it’s arguably the most entertaining and toughest group of teams in the NHL. With Colorado facing the Nashville Predators, Winnipeg Jets, St. Louis Blues, Dallas Stars, Minnesota Wild and Chicago Blackhawks on a regular basis they have no choice but to improve and stay competitive or be left behind. Competing against the top players in the league will eventually make you a better player and it’s beginning to show.

Things could even get better for Sakic and crew as the Avalanche own the first-round draft pick of the Ottawa Senators next summer. They traded forward Matt Duchene to the Sens last November in a three-team deal that landed Sam Girard, Vladislav Kamenev, Shane Bowers and Andrew Hammond along with a second and third-round pick this year and a conditional first-round pick. Ottawa kept their first-round selection as it was top-10 protected, but that means the Avalanche will get their pick next summer. The Senators are widely expected to be one of the worst teams in the league this season and that will benefit Colorado come draft day.

As we can see there are several reasons the Avalanche have improved greatly over the past year or so. The coaching staff has done an admirable job, but the players should get most of the credit. They were thrown into the pool head first a couple of seasons ago and while they may have sunk to the bottom of the league they’ve now risen to become a solid and legitimate Stanley Cup contender.