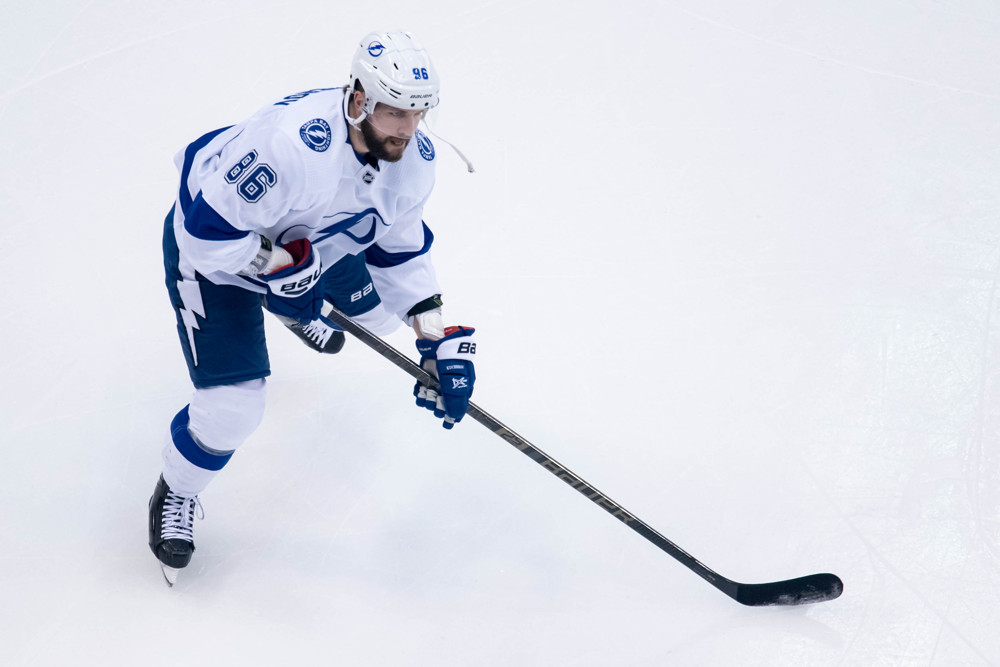 Over the past two postseasons, the Boston Bruins have fashioned themselves into an Eastern Conference boogeyman. Try as you might, it seems impossible to put them away. Through top-tier special teams and backbreaking opportunism, Bruce Cassidy’s men can survive virtually anything you throw at them.

Their steely composure will break yours.

That’s precisely why Tampa Bay’s Game 2 overtime win was so significant. Boston fought back to tie the contest late in the third period, and it felt like history was repeating itself. The Bruins’ killer instinct would see them find a way to snatch victory from the jaws of defeat once more…only it didn’t this time. Ondrej Palat’s rebound goal tied the series 1-1 and stole the mental edge for his club. The Lightning no longer look afraid of the Bruins.

Jon Cooper’s squad carried that momentum into Game 3, but it didn’t even let Boston get close on Wednesday in a 7-1 romp. Moreover, the Lightning actually flipped the script on the Bruins by capitalizing on the slightest sign of weakness.

First, Palat fires a blast off Zdeno Chara and into the net on the power play to open the scoring in the first period. 15 seconds later, Yanni Gourde takes advantage of some ridiculous interference from an official to bury a wrister top shelf past a shell-shocked Jaroslav Halak:

Though the Bruins can cry foul, that is exactly the type of cold-blooded efficiency that has defined Boston of late. Once there’s a window of opportunity—whether earned or not—they go in for the kill. Tampa Bay adopted that approach and hurt the Bruins nearly every time they took their eyes off the prize. On special teams alone, Boston committed six penalties that yielded three power-play goals for the Lightning.

With the score at 4-1, Tampa Bay catches an aggressive Boston group off guard. Alex Killorn springs Brayden Point on a breakaway, and the 24-year-old star embarrasses backup netminder Dan Vladar with a sumptuous forehand move:

The Bruins were still within striking distance prior to that marker, but the Lightning found their chance to stick a dagger in Boston and cemented the win.

By the end of the second period, Tampa Bay was controlling 59.4% of the scoring chances and 58.3% of the high-danger bids in all situations. More importantly, it was sitting on a 6-1 lead. Mistake after mistake for the Bruins created goal after goal for the Lightning. The game just snowballed out of control.

About four minutes into the final frame, Point and Nikita Kucherov decided to style on Boston to punctuate their win:

In an unexpected turn, it was Cassidy’s troops that grew emotional and suffered a total meltdown. Tampa Bay sliced them open early and twisted the knife with each Bruins gaffe. Whether this blowout sinks or synergizes Boston remains to be seen, but its confidence has surely been shaken. After all, Game 3 represented the Bruins’ worst playoff loss in almost 30 years:

Everything that could go wrong did, and unlike previous versions of the Lightning that couldn’t quite seal the deal, Tampa Bay finished the job emphatically.

New faces Blake Coleman, Barclay Goodrow and Patrick Maroon have provided key sandpaper and secondary scoring up front, while Point has grabbed the reins and established himself as a true big-game leader. In last year’s playoffs, he couldn’t muster a single even-strength point and let his frustration boil over. Through 11 games this summer, Point leads the league in even-strength scoring and has provided a pair of overtime game-winners. No matter the circumstances, he remains hungry yet unflappable.

This forward corps follows in his footsteps too. As such, the Lightning play with more drive, energy and speed. They come straight for your throat as opposed to pottering on the perimeter. There’s still world-class skill on display, but it merely supplements their efforts instead of pigeonholing them.

With a deeper, more playoff-ready roster, Cooper’s team has carved out additional paths to victory. It can freewheel, it can grind it out, it can lean against the ropes and wait for the perfect counter shot. That allowed the Lightning to exorcise their first-round demons against the Columbus Blue Jackets. Now they’ve proven that even the Bruins can bleed.

Little by little, Tampa Bay appears to be discovering just what it’s capable of.