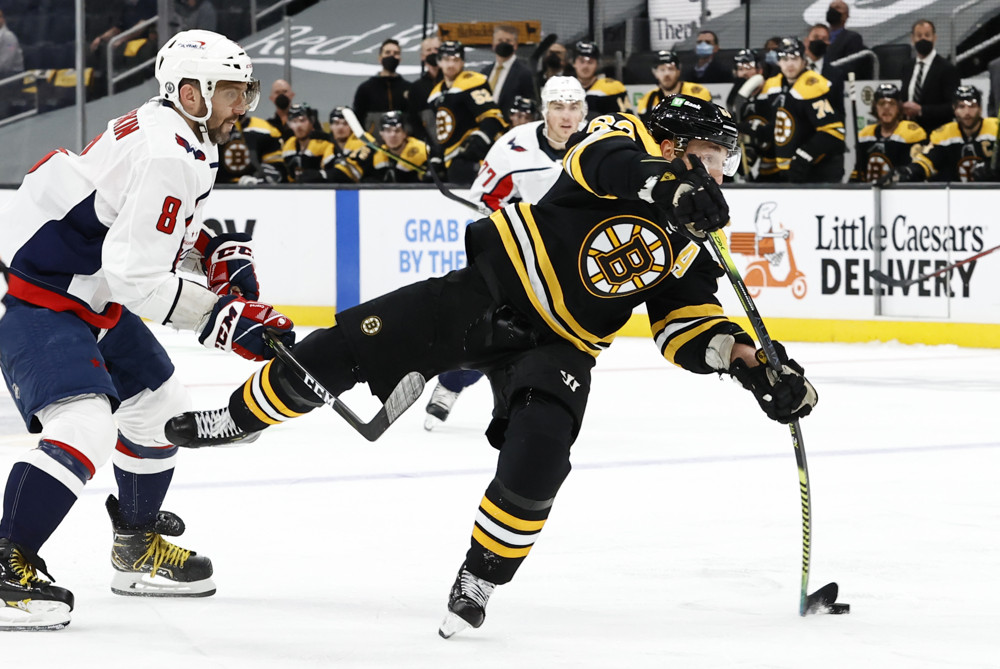 The Washington Capitals have developed a habit of hanging around just long enough for their potent offense to snatch victory from the jaws of defeat. That’s why they continually score more actual goals than expected goals. It’s why they always rank near the top of the league in on-ice shooting percentage. It’s why deficits never seem too large for them to overcome.

Unfortunately, that finishing touch was missing throughout their first-round series against the Boston Bruins. From Games 1 through 4, the Caps scored just nine times. They couldn’t summon their killer instinct and certainly didn’t control enough of the game to prevail. As such, it was quite promising to see Washington tilt the ice in its favor (63.7xGF%) in a do-or-die scenario at home on Sunday night. Again, however, its top guns failed to come through when it mattered most.

Instead, it was Boston’s headliners who stole the show on the road to a 3-1 close-out win in Game 5.

The Perfection Line lived up to its billing by factoring into all three Bruins goals. Moreover, Patrice Bergeron, Brad Marchand and David Pastrnak gave the Caps a taste of their own medicine by weathering the storm and pouncing on their opponents every time they blinked. Any whiff of carelessness, any stray puck, and Boston’s best were prepared to make Washington pay. Though the trio registered an unspectacular 47.1xGF%, it was buzzing in every zone and completely took over proceedings from the second period onward.

Marchand is likely the line’s most important member, but on Sunday night, it was Bergeron’s superb instincts and Pastrnak’s dazzling skill that ruled the roost. Pastrnak kicked off the onslaught with a highlight-reel solo effort, pulling the puck between his legs and around Nic Dowd before tucking it far side past Ilya Samsonov:

He had looked a bit rusty earlier in the series, but he was fully engaged in this affair—and an engaged Pastrnak is far more than a marksman. He becomes a dynamic offensive presence who draws a ton of attention and brilliantly plays off his linemates.

The evergreen three-zone pillar was at his absolute best in Game 5, repeatedly disrupting the Caps with his spotless positioning and anticipation. Try as it might, Washington simply couldn’t get away from the future Hall of Famer. Better yet, Bergeron’s ability to frustrate the Caps yielded a few opportunities that eventually sealed their fate.

Late in the second period, Washington can’t exit its zone cleanly. The puck lands on Mike Reilly’s stick, and as all the Caps focus on the Bruins blueliner, Bergeron makes himself available in the middle of the ice. Terrible gap, easy pickings:

Up 2-1 in the third frame, the 35-year-old dials up some vintage Bergeron by intercepting a TJ Oshie pass in Washington’s end and converting that turnover into an insurance marker before the Caps can even react:

That read is immaculate.

People can piss and moan about the Selke Trophy being a reputation award, but Bergeron has earned his plaudits on the ice. He’s basically a perfect two-way forward.

Bergeron, Pastrnak and Marchand are each special players in their own right, but when they’re in sync, it’s…something else. They translate defense into offense more efficiently and lethally than any line in hockey. They’re downright terrifying on the rush. They carve up your defensive posture, exchange give-and-gos and skate circles around you in a dizzying mix of hockey IQ, relentlessness and raw talent. 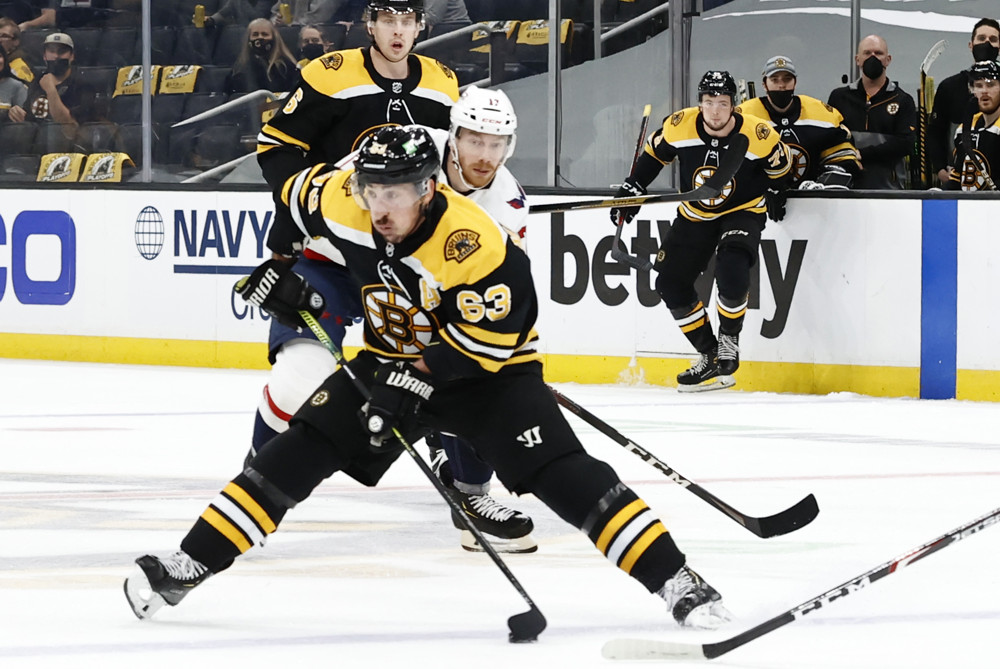 BOSTON, MA – MAY 21: Boston Bruins left wing Brad Marchand (63) gains the blue line during Game 4 of the NHL Stanley Cup Playoffs First Round between the Boston Bruins and the Washington Capitals on May 21, 2021, at TD Garden in Boston, Massachusetts. (Photo by Fred Kfoury III/Icon Sportswire)

They have no interest in dragging you into deep waters. They go straight for the jugular:

Washington had no answer for this level of execution. Nicklas Backstrom and TJ Oshie appeared to be dealing with lower-body injuries. Alex Ovechkin depends on service that wasn’t anywhere near consistent enough. Anthony Mantha still doesn’t get it. John Carlson hasn’t cared in years. Evgeny Kuznetsov, who is central to the club’s style of play and perhaps the single biggest reason the Caps won the Stanley Cup three seasons ago, was a train wreck. Whether or not his time in COVID-19 protocol hampered his play, there was no urgency or purpose to his game. Every pass was blocked, every shot was wide, every decision was questionable.

Here’s how his Game 5 went:

He didn’t register a single point in his three appearances. Yeah, that isn’t going to cut it.

Though admirable, Washington’s last stand produced a single goal. This placed the team in the unenviable position its opponents typically stumble into: dictating the lion’s share of the play but not reaping the rewards. In the end, with their season on the line, the Caps were soundly beaten at their own game.