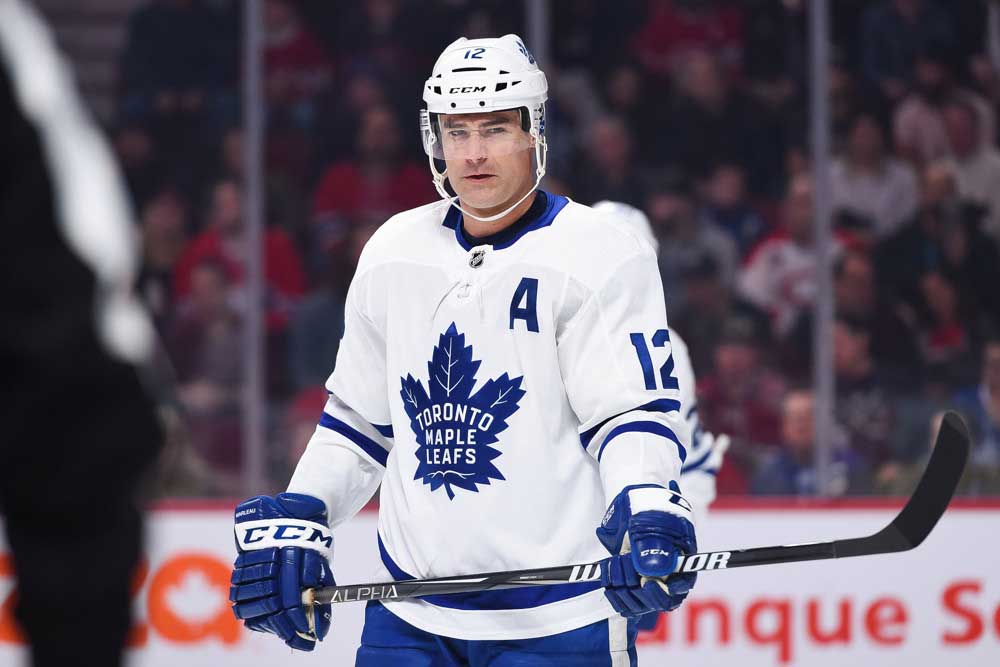 While Auston Matthews is a wonderful young talent, the Toronto Maple Leafs’ decision to sign the center to a five-year extension worth $11.6 million per year comes with question marks. After all, nagging injuries and poor usage have limited the 21-year-old to a single-season high of 69 points. His production rate continues to rise (1.20 PPG in 2018-19), but there’s a difference between pacing for a certain level and actually reaching it.

Durability is a serious concern in that respect. Following a full 82-game rookie campaign, Matthews has struggled to stay in the lineup over the past two seasons. Even when he is on the ice, he rarely looks 100% healthy. Though strength training and conditioning will be priorities in the summer, there isn’t much Toronto can do to address this situation at the moment.

What the team can do midseason is remedy another side of the problem: his linemates. Matthews spent two years watching Zach Hyman kill plays left and right. Whether it was in the neutral or offensive zone, possessions would just die on the grinder’s stick. He regularly failed to link up with his teammates, extend cycles down low and convert on his chances. You can never doubt his hustle, but his skill set is the furthest thing from first-line material.

The 39-year-old veteran (29 points in 59 games) joined Toronto as a free agent in 2017-18 and was serviceable in his first year with the club, bringing a dependable style in addition to a wealth of big-game experience. Unfortunately, his play has visibly slipped this season. It’s not about the points. Anyone can rack up 40 next to Matthews — even Hyman. Every other area of Marleau’s game has dropped off to such a degree that he’s transitioned from three-zone safety net to three-zone liability.

Though he’s more comfortable with the puck than Hyman, his level of engagement is dramatically worse. He doesn’t compete hard enough along the boards or in coverage. A winger’s job is relatively easy in their zone too: Blanket the point man. Marleau consistently leaves his assignment open, forcing the rest of the team to scramble out of position in hopes of minimizing danger.

He isn’t necessarily slow either. His top-end speed remains decent. However, his acceleration has lost any semblance of explosion. As such, it takes him an eternity to find his stride. By the time he does, the play is often headed in the other direction.

Hyman frustrated his linemates by squandering many of their possessions…but at least he was there. He was in the thick of the action, which affected the offense’s spacing and the opposition’s posture. Marleau can’t even get to his spot on time, allowing defenses to swarm Matthews and snuff out the room he requires to generate opportunities. On the flip side, his perpetual in-between state grants the opposition far more space than it deserves. 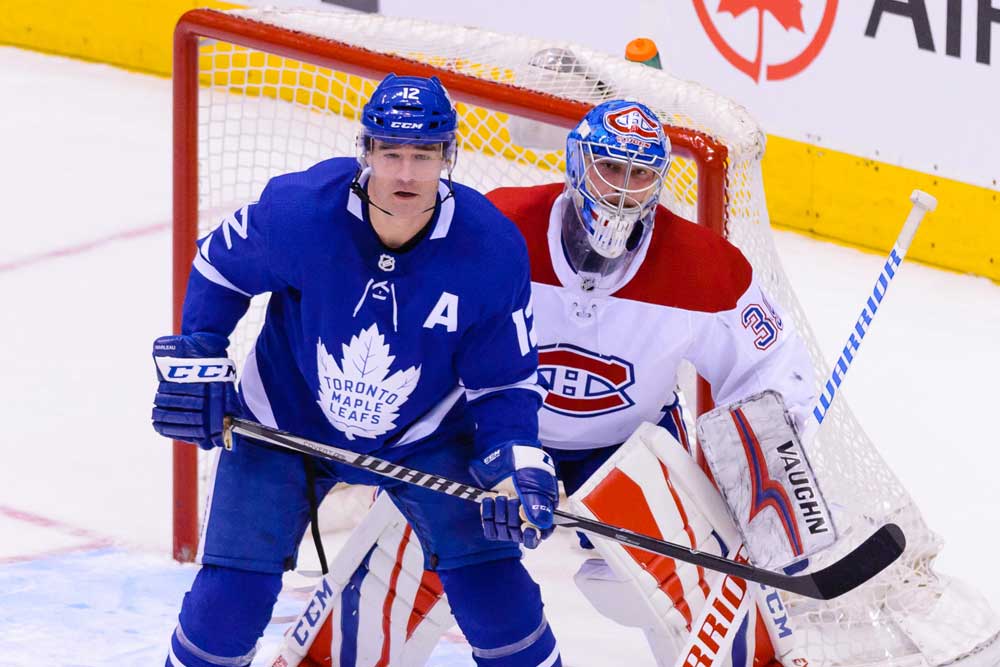 For the first time, Toronto is performing better with its cornerstone on the bench.

That was unthinkable after his first two seasons as a pro. The 2016 first overall pick has all the tools and a sharp toolbox to match. He processes the game quickly, he displays tremendous hands in tight, he’s an underrated passer, he’s worked to improve his edges, and that release…oh my god. That release.

None of those traits are highlighted when he doesn’t have the puck, though. Good players need touches, but Matthews is having a tough time getting them. While Kasperi Kapanen (37 points in 59 games) has enjoyed a stellar breakout year, he’s not a true playmaker and thus sometimes doesn’t see his center in a prime location. If anything, with his blistering speed and willingness to shoot, the 22-year-old serves as a great passing option for Matthews to keep opponents honest.

The third member of his line then has to provide an element of playmaking to balance out the scale. Marleau doesn’t. Frankly, he doesn’t provide much of anything beyond experience. His career-low IPP (44.7) indicates that he’s never been more of a passenger and he’s registered the lowest points/60 among all Leafs forwards this season. No one has accomplished less with their ice time.

Producing at a lower rate than Frederik Gauthier and Par Lindholm is impressively bad.

Now, there is one possible explanation: Marleau is conserving energy and waiting for the playoffs to empty the tank. But if the veteran is indeed coasting through the regular season, why on earth is Babcock saddling Matthews with dead weight? We’ve already seen Marleau fare well with Kadri this season. Lighten his load. Lower his quality of competition. His leadership will still shine through from the third line.

With 23 games left on the docket, the Leafs must prepare for the home stretch and put their best players in position to succeed. Frankly, they need Matthews at the height of his powers in order to avoid a third consecutive first-round exit. Move Kapanen to the left side and bump William Nylander (12 points in 31 games) up. Promote Andreas Johnsson (31 points in 52 games). Do something to help him out.

He’s getting his points, but he should be imposing his will.

Tavares’ arrival in Toronto was meant to create a three-headed monster in the middle of the ice. The hometown boy has held up his end of the bargain with 63 points in 59 games. Kadri (35 points in 59 games) floundered early on but has bounced back alongside Nylander in recent weeks. You know what you’re getting with those two pivots. Matthews is fascinating because he remains a great unknown. He’s nowhere close to hitting his ceiling yet.

As it stands, Marleau won’t allow it. He’s hanging on for dear life out there, and in the process, he’s dragging down one of the league’s brightest stars.