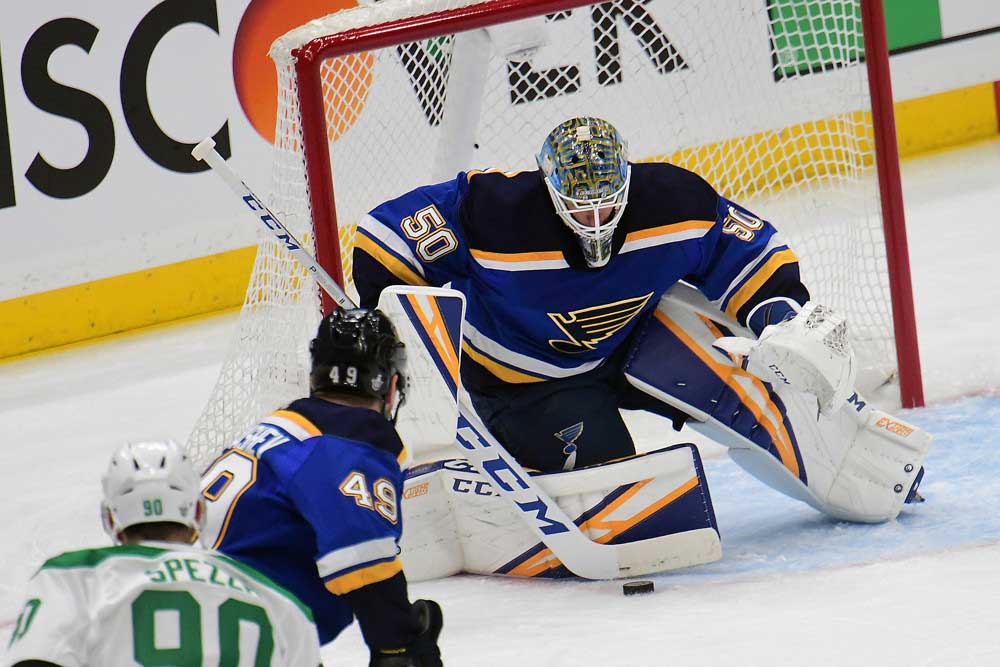 The opening round of the 2018/19 playoffs is in the history books and history is the key word here. For the first time ever in the NHL and reportedly in any major pro sports league in North America, all the division winners were sent packing in the very first round.

Three of the eight first-round series went the full seven games as the Boston Bruins went the distance to beat the Toronto Maple Leafs for the second straight year and as mentioned the Hurricanes went seven against Washington. In addition, the San Jose Sharks fought back from 3-1 down in their series against the Vegas Golden Knights to win the tilt in overtime of game seven. There were 10 overtime outings in the first round with two of them coming in game sevens.

Lets take a look at the eight teams that are still standing and preview all the second round series.

Boston finished second in the Atlantic Division with 107 points and beat the Maple Leafs in seven games in the first round. They won two and lost two at home and won two and lost one in Toronto. Columbus racked up 98 points and grabbed the second wildcard spot in the East. They then shocked the hockey world by sweeping the league’s top team Tampa in four games in the first round. Boston beat Columbus two out of three in the regular season while outscoring them 12-10 and won win coming in overtime.

Columbus had never won a playoff series before this year, but did it in style by being the first team to sweep the league’s top regular-season team in the first round. As usual, the Bruins will be looking for offense from their top line of Brad Marchand, Patrice Bergeron and David Pastrnak, one of the NHL’s best trios. Marchand notched five goals and nine points in the first round and posted four goals and seven points in three games against Columbus in the season. David Krejci, Charlie Coyle and Jake DeBrusk can also help out with the offense.

The Blue Jackets need offense from Matt Duchene, who had three goals and seven points against Tampa. He has to be helped by the likes of Ryan Dzingel, Pierre-Luc Dubois, Cam Atkinson and Artemi Panarin with Zach Werenski and Seth Jones chipping in from the blue line. In net, Boston’s Tuukka Rask posted a 2.32 GAA in the first round with a save percentage of 92.8. Sergei Bobrovsky had a GAA of 2.01 against Tampa with a 93.2 save percentage.

Boston has a ton of playoff experience with Zdeno Chara, Patrice Bergeron and David Krejci all playing well over 100 games and six players owning Stanley Cup rings. Their power-play was red hot against Toronto at 43.8 per cent. The only Blue Jacket to win a Stanley Cup is former Bruin Adam McQuaid. Columbus’ power play was even better than Boston’s in the first round at 50 per cent. Both teams more or less stayed out of the penalty box in round one.

Columbus should be quite confident and if Bobrovsky stays hot and Duchene continues to score they should be able to pull off another upset.

The Islanders finished second in the Metropolitan Division with 103 points and swept Pittsburgh in the opening round. Carolina put up 99 points to take the first wildcard position in the East and ousted Washington in double overtime in game seven of the first round. Carolina won all three of their home games while winning once and losing three in Washington. The Islanders won the season series 3-1 while outscoring Carolina 11-7 and one win coming in overtime. However, they were outshot 112-59 in those games.

The Islanders played their home games in the first series at Nassau Coliseum, but will now move to the  Barclays Center in Brooklyn where they were 12-6-2 this year. Carolina scored 21 goals in seven games against Washington while New York allowed just six against Pittsburgh. The Islanders were led in the first round by Jordan Eberle‘s four goals and six points with a goal in each game. Mathew Barzal also stood out with five assists. Carolina’s Sebastian Aho notched five points in the first round and Warren Foegele had four goals while defensemen Dougie Hamilton and Jaccob Slavin scored 15 points between them with Slavin registering nine assists.

The Islanders went just 15.4 on the power play in round one with the penalty killing at 90.9 per cent. Carolina’s power play was only 12 per cent and their penalty killing just 75 per cent. In net, Robin Lehner of New York posted a 1.47 GAA in round one with a 95.6 save percentage while Petr Mrazek had a GAA of 2.54 GAA with an 89.9 save percentage against Washington.

The Islanders were the best defensive team in the league with Lehner and Thomas Greiss sharing the Jennings trophy. Both teams need to improve their power play and the Canes also need to shore up their penalty killing.  The Islanders’ superior defense should lead them to victory.

The Sharks had 101 points to place second in the Pacific Division while the Avalanche had 90 points and took the second wildcard spot in the West. San Jose stormed back from a 3-1 hole to the Vegas Golden Knights in the first round and a 3-0 deficit in game seven with 10:40 to play to win the series. They won in double overtime in game six and late in overtime in game seven. Colorado dropped the first game of their series to Dallas and won the next four to oust the top seed in the West in five. Two of their wins came in overtime.

San Jose won all three games against Colorado in the regular season and outscored them 14-9. However, two of the wins were by just one goal. These two sides last met in the playoffs in 2010 with the Sharks winning in six. They’ve met four times before in total with each team winning a pair of series, Colorado the first two and San Jose the last two. This has the potential to be the most exciting and high-scoring series of the second round. The Sharks had four 30-goal scorers this year in Evander Kane, Timo Meier, Tomas Hertl and captain Joe Pavelski. However, we’re not sure what Pavelski’s health status is.

Logan Couture and Hertl each had six goals in the first round while blue liner Erik Karlsson notched nine assists. Of course, there’s more rearguard offense available with Brent Burns who had four points in round one after leading defensemen with 83 points in the regular season. Colorado counters with an exceptional first line of Nathan MacKinnon, Gabriel Landeskog and Mikko Rantanen. They combined for nine goals and 21 points against Calgary while blue liner Tyson Barrie chipped in with five helpers.

Sharks’ goaltender Martin Jones struggled in the first four outings in round one and was pulled twice, but got in a groove the last three games with a save percentage of 94.6. He also set a new franchise record with 58 saves in game six. Colorado’s Philipp Grubauer who posted a 1.90 GAA and 93.9 save percentage in the first round. San Jose’ power-play is close to 25 per cent in the playoffs, but they’ve given up a pair of shorthanded markers. They’ve allowed eight power-play goals and killed off 21 penalties. Colorado’s power-play was 25 per cent against the Flames and they allowed allowed five power-play markers while killing off 17 penalties with a pair of shorthanded tallies by Matt Nieto.

Jones needs to stay hot in net for the Sharks and both teams need the improve their penalty killing. This should be a fun series and San Jose appears to be destined to continue and they also have the momentum.

The Blues finished in third place in the Central division with 99 points and downed the Winnipeg Jets in six games in the opening round. The Blues won three of their four games in Winnipeg and one at home. It was also a very close clash with all four of the Blues’ wins and one of their defeats coming by a lone goal. Dallas had 93 points this season and were the first wildcard team in the Western Conference. They beat Nashville in six games in the first round with a win and a loss coming in overtime and two wins and a loss both at home and on the road.

Dallas won the season series against the Blues 3-1 while outscoring them 13-7. The two teams last met in the playoffs in 2015/16 with St. Louis winning the second-round series in seven games. This could be a relatively low-scoring affair since two of the league’s best goaltenders will be facing each other. We have 25-year-old rookie Jordan Binnington in net for the Blues and veteran Ben Bishop and Vezina Trophy finalist for the Stars. St. Louis conceded 16 goals in six games against the Jets while Dallas allowed just 12 in six outings with Nashville. Binnington posted a goals-against average of 2.63 against Winnipeg with a 90.8 save percentage while Bishop had a 94.5 save percentage and 1.90 GAA against Nashville.

The Blues’ Jaden Schwartz had a hot hand at the end of the series with Winnipeg with a late game-winner in game five and all three of his team’s goals in game six to finish with five points. He’ll need some help from the likes of Ryan O’Reilly, Vladimir Tarasenko, David Perron, Brayden Schenn, Tyler Bozak and defenseman Alex Pietrangelo  The Stars top line of Jamie Benn, Tyler Seguin and Alexander Radulov each notched six points against Nashville and blue liner John Klingberg can chip in with some offense. Dallas killed all 15 of their penalties in the opening series so that may be something to watch out for.

This could be a long series with the goaltending being an interesting battle. The Blues have a bit more scoring depth though and should eventually prevail.