New York Islanders Prove Much Hungrier Than Capitals in First Round 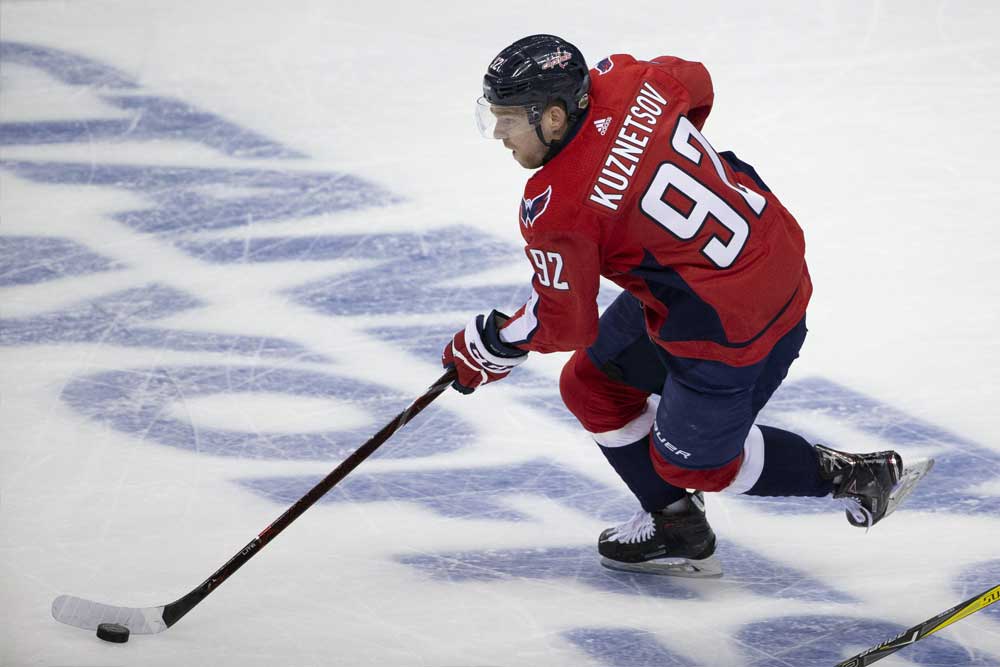 There is no substitute for hunger in the postseason. If you don’t have that fire in your belly, if you aren’t willing to lay your body on the line in service of your team’s success, you won’t enjoy any. The playoff crucible will chew you up and spit you out in short order.

Moreover, that collective, single-minded drive is fickle. Once you’ve reached the mountaintop, the mental and physical toll required to get there no longer seem particularly appealing.

It isn’t some coincidence that consecutive titles are so rare.

The Washington Capitals, for their part, have allowed their championship hangover to last much longer than most. In the two seasons since they hoisted their only Stanley Cup in franchise history, they’ve won a total of one playoff outing. One. With their fate hanging in the balance on Thursday night, the Capitals didn’t show an ounce of interest during a 4-0 loss to the New York Islanders that should end Todd Reirden’s brief tenure behind Washington’s bench.

On paper, this was one of the most intriguing first-round series in the Eastern Conference. Two solid squads faced off as Islanders head coach Barry Trotz looked to best his former club. On the ice, we witnessed the stark contrast between a motivated team and an already-satisfied one.

Now in his second year at the helm, Trotz has transformed the Islanders into a stellar defensive group (ranked 9th) and instilled a belief that they can compete at the highest level—as long as they put in the work. Given his recent championship credibility, New York’s roster bought into his system and is now reaping the rewards. It made quick work of the Florida Panthers in the play-ins and then jumped out to a 3-0 series lead against Washington. Though the Isles squandered a 2-0 edge in Game 4, they wouldn’t make that mistake again.

Right from the start, it was clear the Capitals just weren’t as committed to the cause as the Islanders were:

Early in the first period, star blueliner John Carlson has complete control of the puck and proceeds to hand it directly to the opposition. That careless turnover generates a one-minute shift in the defensive zone. Despite a rather small forward unit featuring Mathew Barzal and Jordan Eberle, New York beats Washington to every puck and the Capitals barely attempt to retrieve it. They sit back and let the Islanders dictate the action.

Midway through the opening frame, the Isles draw first blood on the man advantage. Brock Nelson fires a shot on goal and recovers his own rebound with a mess of bodies in the area. Lars Eller fails to tie up Nelson’s stick, Brenden Dillon and Carl Hagelin are effectively facing the wrong direction and Anthony Beauvillier is offered a gaping net to establish a 1-0 lead:

Washington’s lack of intensity on this play is staggering.

Unfortunately for the Capitals, it wasn’t a one-off. They repeatedly withered when the going got tough, avoiding contact in the trenches and taking the easy way out when it was destined to fail.

Evgeny Kuznetsov was a prime example of this timidity. The Russian playmaker was the catalyst of his team’s remarkable Game 4 comeback. He was also the X-factor in Washington’s championship run. When he’s in the groove, the Capitals are terrifying. The 28-year-old’s hands are sublime and he can slice through defenses without breaking a sweat.

On Thursday night, he most certainly didn’t:

Look at that shift. In an elimination scenario with the game still very much within reach, Kuznetsov receives a pass deep in the Islanders’ end and…skates back to the neutral zone. There aren’t any teammates trailing to generate a fuller wave of attack. He retreats at the first sign of resistance and forces his teammates to shoulder the load.

Washington’s outlook didn’t improve in the second period either. The Islanders won every race and every battle, feverishly pushing for the insurance goal that would seal the Capitals’ fate:

There’s absolutely no justification for the chance New York is granted following its initial rush. Dmitry Orlov and his teammates are sloppy in their execution and sluggish in their decision-making, almost acting as though they want the Islanders to end their suffering.

Kuznetsov is once again the culprit, retrieving the puck and instantly surrendering it at the sight of Adam Pelech. There’s no urgency, no energy, no thought of involving his teammates. He just concedes possession to afford New York a free 3-on-2. Carlson then displays his Norris-caliber defense by neither disrupting Josh Bailey’s pass nor stopping Beauvillier from cutting straight across the crease.

From top to bottom, the Capitals couldn’t have cared less. Aside from one scoring outburst in Game 4, they laid a dud throughout the series. It didn’t matter in the slightest that veteran center Nicklas Backstrom returned from injury on Thursday. Their second-ranked offense couldn’t muster a single goal when their playoff lives depended on it. Over five contests, they averaged a league-worst 1.60 goals per game. Sure, they owned more shot attempts (50.3 CF%) than the Islanders, but that was never Trotz’s concern. He wants his club to dominate the point of attack. In the trenches, where the wheat is separated from the chaff, the Islanders controlled 66.7% of the chances. That ranks first in the league.

In other words, the Capitals ranked dead last at preventing high-danger opportunities.

They simply weren’t prepared for war this summer. With their backs against the wall in Game 5, they needed to stiffen their spine and declare that they were still in the fight. All they actually did was go out with a whimper.