How the St. Louis Blues Went from Worst to First & Won The Stanley Cup 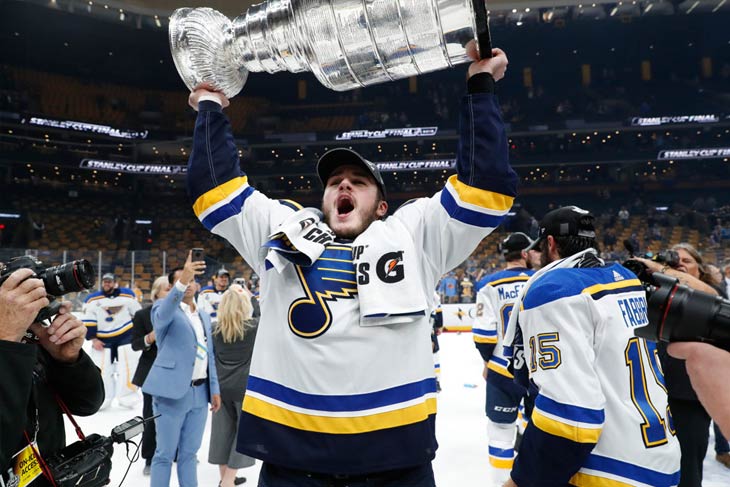 The St. Louis Blues pulled off the most remarkable in-season turnaround in NHL history this spring, skyrocketing from the cellar to the throne in the span of just a few months. While interim head coach Craig Berube and rookie goaltender Jordan Binnington deserve ample praise for their work down the stretch, there’s more to this story than two individuals. It took all hands on deck to right the ship.

With a 15-18-4 record on January 2, the team was dead last in the league. Berube was brought on to replace Mike Yeo in mid-November and St. Louis was just 8-10-1 under his watch to that point. This wasn’t some instant sea change that vaulted the Blues to championship glory. It was a steep, painstaking, uphill battle. Luckily for St. Louis, Berube was intimately familiar with grunt work through his own time as a player, suiting up for over 1,000 games despite racking up a mere 159 points. In other words, he had to find a way to contribute in less sexy places than the scoreboard. He had to fight, scratch and claw for every minute of ice he saw because his NHL career was perpetually on the line.

How could that not resonate with a Blues squad hanging on for dear life? The players had found a kindred spirit — a proven scrapper with no quit in his bones — to lead them out of the gutter.

The coach-team relationship is a two-way street of course, so St. Louis had to meet him in the middle. It did, but there was a ton of ground to make up and not much time to do so. Under Yeo, the Blues controlled just 47.3% of the shot attempts (25th), 47.3% of the scoring chances (24th) and 48.5% of the high-danger opportunities (21st) at 5-on-5. They weren’t plagued by poor puck luck or injuries either. Their 47.0% expected goal share (24th) lined up almost identically with their 46.0% actual goal share (24th). In a nutshell, they were terrible.

That’s when Binnington entered the fray. 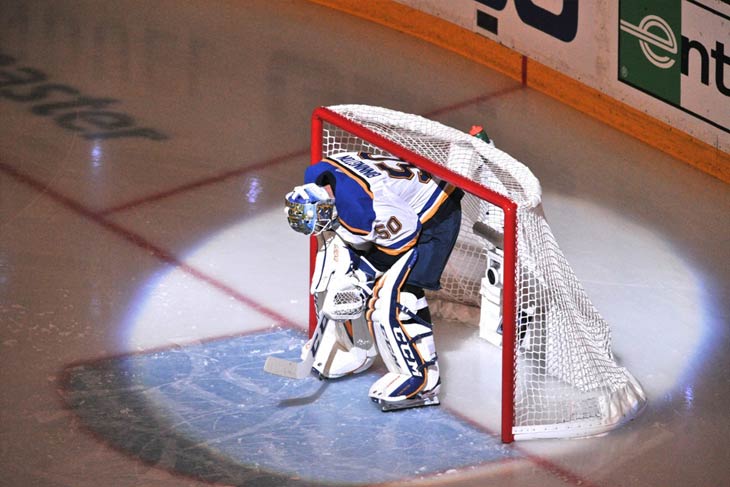 The 25-year-old had opened the year as the fourth-string netminder, but with the “better” options faltering one after another, Berube granted him his first start on January 7. He stopped all 25 shots to shut out the Philadelphia Flyers. Then he stonewalled the Montreal Canadiens and Dallas Stars. No one realized it at the time, but he had claimed the crease as his own.

From a broader perspective, no one noticed the steady progress this club was making. They were so far from the playoff bubble that any signs were undetectable at first…and that’s precisely how Berube wanted to proceed. Upon his introduction as interim head coach, he removed the standings from the dressing room in order to keep his players dialed into the present. They could only see the challenge sitting directly in front of them. By the time the Blues began to climb back into the picture, they were entrenched in the best kind of tunnel vision: laser focus. There was total buy-in. Every last man was ready and willing to sacrifice for the greater cause.

Therefore, St. Louis reaped the full rewards of Berube’s balls-to-the-wall system. It could afford to swarm the opposition because it finally had a last line of defense it could rely on in Binnington. The first-year sensation didn’t face a barrage of shots by any stretch, but when the Blues needed him, he was there to shut the door.

The team’s on-ice save percentage spiked from 90.2 (30th) without Binnington to 93.8 (3rd) with him tending the net. Naturally, that solidity between the pipes galvanized the rest of the squad. Rather, it mobilized them. It went straight to their legs and they ran roughshod over their opponents for the remainder of the regular season. While the Blues aren’t the most gifted group, teams couldn’t keep up with their relentless nature. They always had bodies hounding the puck. Even in losses, they always got their pound of flesh.

That motor and physicality meant one thing: No one wanted to face them.

From January 7 onward, the Blues put up a 29-9-5 record with spectacular underlying numbers: 53.0 CF% (7th), 53.9 SCF% (4th), 57.6 HDCF% (1st), 60.7 GF% (1st). They didn’t succeed in traditional fashion either. Their last lottery pick is current 29-year-old captain Alex Pietrangelo. They didn’t ice a single point-per-game scorer. Their starting goaltender was a complete unknown only months ago.

Instead, they thrived collectively in the trenches. Only the Calgary Flames owned a higher goal share in the dirty areas, as St. Louis deployed a bruising cycle that prevented the opposition from taking a single breath. There was no rest for the weary on either side of the equation, but the Blues were prepared to put their nose to the grindstone and, well, grind their competition to dust.

Ryan O’Reilly, who had been a one-man show for the early portion of the season, was now joined by his teammates to lead St. Louis into third place in the Central Division. They all blossomed together: Binnington (1.89 GAA, 92.7 SV%) stole headlines for his superb play, Vladimir Tarasenko exploded for 45 points in 38 games, Pietrangelo rediscovered his two-way brilliance, Colton Parayko quietly established himself as a shutdown artist, Oskar Sundqvist emerged as a dependable utility center, Vince Dunn found his groove as a puck-moving blueliner, etc. 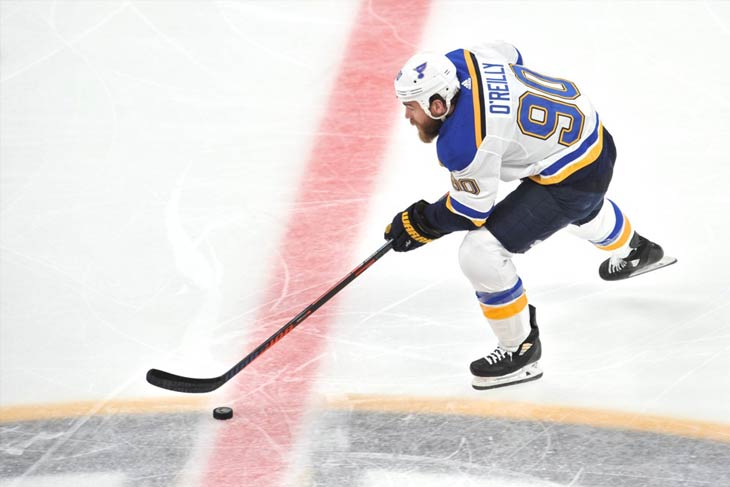 From top to bottom, the Blues were peaking at the perfect time. As we know, Berube’s troops ultimately prevailed following four grueling rounds and 26 games of playoff hockey. It was never easy, but they never got rattled in the face of adversity because they had been conditioned for war long before then.

With their season running on fumes in the middle of winter, they just kept plugging away. Regardless of poor officiating, ugly performances or momentum swings in the playoffs, they simply wouldn’t quit.

Through thick and thin, the 2018-19 Blues showed the heart of a true champion.