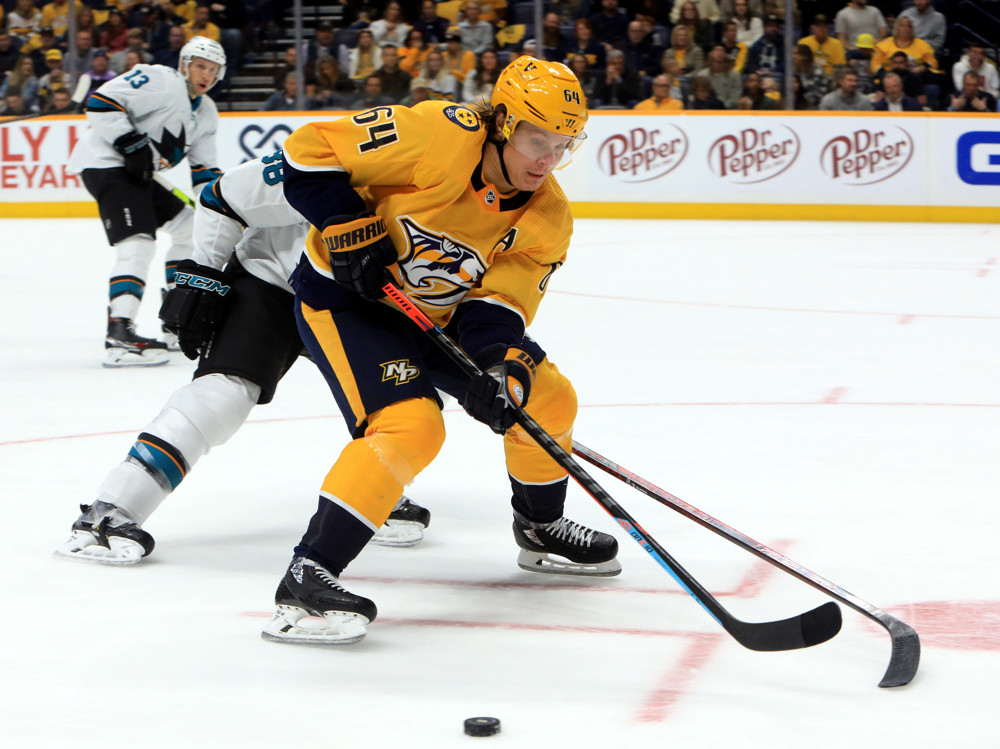 By the end of Peter Laviolette’s tenure as their head coach, the Nashville Predators had lost themselves. Their tenacity and fundamentals were abandoned in a desperate search for more offense. Neither potent enough to thrive in firewagon hockey nor stingy enough to eke out white-knuckle victories, the team was stuck in no man’s land.

It’s been trying to find itself under John Hynes’ direction ever since.

Mikael Granlund’s struggles have mirrored those of his club. Upon arriving via trade in 2018-19, he seemed like a perfect addition to a hard-working and disciplined squad. Instead, the Predators adopted a looser approach that felt entirely foreign to the longtime Minnesota Wild. All of a sudden, he was second-guessing himself amid the chaos. His confidence with the puck and three-zone impact disappeared. Unsurprisingly, his production suffered too.

In the past two-and-a-half seasons with the Preds, he’s averaged 48 points per 82 games. In his previous three campaigns with the Wild—a conservative team with perhaps even less talent than Nashville—he paced for 69 points.

So when Granlund reached unrestricted free agency in the summer, a change of scenery felt appropriate. There was surely an organization out there better suited to his skill set. The 29-year-old could seek out a legitimate contender. Instead, he signed on for four more years in Nashville at a palatable $5 million AAV.

As it turns out, Hynes created a better fit for Granlund by simply reverting to the Predators’ tradition of relentless two-way hockey. The reasons Granlund should have excelled right away in Nashville are the reasons he’s enjoying a huge bounce-back campaign in 2021-22: He works his tail off, he’s committed to the team concept and he’s an ideal foil for the inconsistent but wildly talented Matt Duchene.

Through 16 games in 2021-22, the 9-6-1 Predators are sitting third in the Central Division and Granlund has represented the engine behind the club’s resurgence. He isn’t as gifted as Roman Josi or Duchene, but he embodies Nashville’s identity to a tee.

He sets the scrappy tone for the Preds each and every night:

When your 5’10”, 185-pound teammate consistently lays his body on the line, you can’t help but follow him into battle. Nashville is only controlling 49.1% of the expected goals (19th) at 5-on-5, but it’s playing considerably better this season because it’s competing at both ends of the ice. That’s when Hynes’ troops are at their best. When they’re skating. When they’re refusing to give up any ground. When they have a burr under their saddle.

While the team isn’t dominating in shot attempt (23rd) or scoring chance (20th) shares, it’s focusing on limiting the quality of those looks. The Predators are holding fast in the trenches, digging their heels in and forcing opponents to earn their opportunities. That’s why they rank seventh in high-danger bids allowed and ninth in goals allowed. Well, Juuse Saros (2.17 GAA, 92.8 SV%) isn’t hurting the cause either.

Unsurprisingly, Granlund is leading by example on defense as well. Once known as a human highlight reel, he’s matured into a reliable and versatile player who can handle any forward position in any situation.

With that said, given his well-rounded game and knack for playmaking, he’s definitely more effective at center. After a fair deal of shuffling between him and Duchene over the past couple of years, Granlund is now the undisputed pivot on their line—and their partnership is flourishing in part because of that clarity. As a duo, they own 58.8% of the expected goals and 64.3% of the actual goals. The Finn delivers the grunt work, while Duchene is free to focus his efforts on pushing the pace and generating chances.

Whether it’s on the penalty kill or at 5-on-5, watch how diligently Granlund patrols the defensive zone:

He’s constantly disrupting opponents with his active stick, high motor and hockey sense. He just doesn’t quit on plays. As such, Nashville concedes very little during his shifts. Among the 91 forwards who have logged at least 200 even-strength minutes this season, Granlund ranks 12thin xGA60 and 14th in GA60. Those are outstanding numbers on a club that otherwise doesn’t dictate much of the action.

From top to bottom, the team has bought into Hynes’ system. That’s due to one basic principle: Good defense leads to offense. If you take care of business in your end and dare the other team to make mistakes, you’ll reap the rewards. It’s not the easiest path to victory, but it’s a time-tested one.

Granlund is proving this to be true. His line is playing within the club’s structure, bearing down at the point of attack and thus enjoying plenty of opportunities:

And by being in the right place at the right time, his touches are often much cleaner than they would be if he had to unlock defenses through sheer talent. That has allowed Granlund to settle into a rhythm with the puck on his stick. He no longer appears jittery. He’s seeing the ice and connecting with his teammates in prime real estate:

That has translated to 16 points in 16 games.

The veteran isn’t merely faring well on the attack for a Predator. He ranks 14th among all forwards in assist rate and 31st in production. Granted, he’s benefiting from an 11.1 OISH% at the moment, but the fact that he may not sustain his PPG output misses the point: Even with a tick less offense, he’d be an invaluable piece of the puzzle. He’s rediscovering his Wild form as a crafty playmaker and tireless two-way center.

Granlund finally looks like…himself again. Consequently, the Predators look fiercer than they have in quite some time. 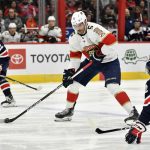 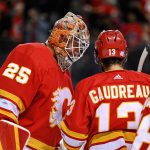 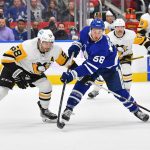