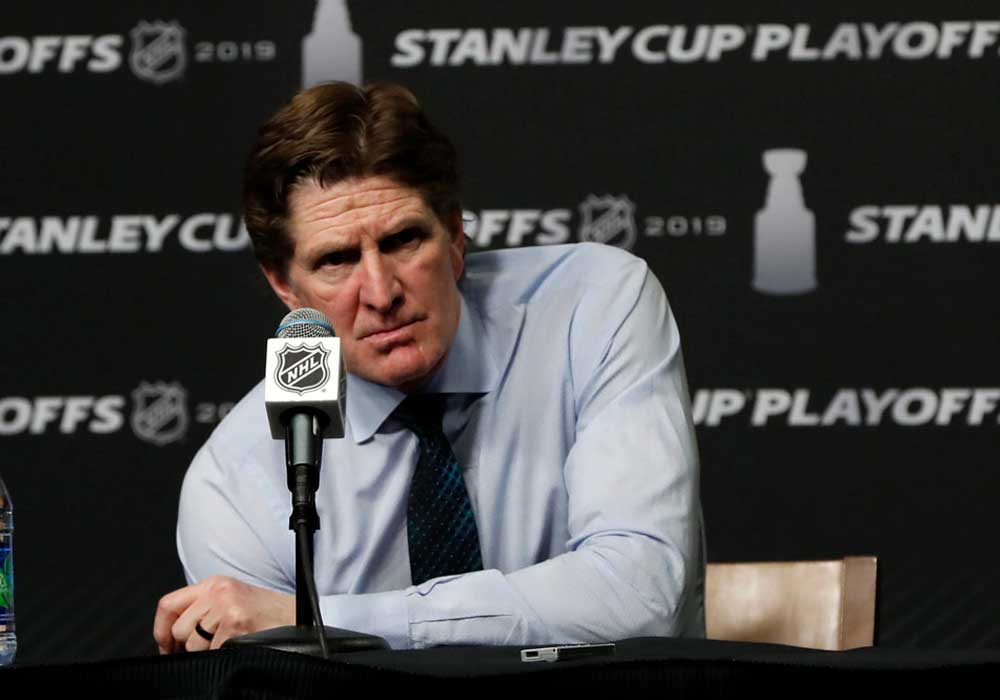 The movie Groundhog Day features the same cast of characters stuck in some sort of time loop and reliving the same day over and over again. The NHL version of this premise is the Toronto Maple Leafs and Boston Bruins meeting for the second straight season in the playoffs and for the third time in six years with the same inescapable outcome. While the movie’s a comedy, Leafs’ fans certainly aren’t finding anything funny about the comparison to it.

This time around the Leafs were buried 5-1 in Beantown with two empty-net goals perhaps flattering Boston on the scoresheet. The Bruins have downed the Leafs at home in game seven in all three recent series and have edged them four of the five times the teams have gone the distance. On the bright side, the Leafs didn’t blow a third-period lead like they did in 2013 and 2018, but Boston once again sealed the deal with a big third period. Overall, Toronto has now dropped six game sevens in a row on the road.

The Leafs have only themselves to blame for playing mediocre hockey in the final few weeks of the regular season instead of pushing for home ice advantage and for letting this series slip through their fingers. They actually had three chances to bury the Bruins this time around and didn’t take advantage of either one of them.

A win home when they were up 2-1 in games after splitting the first two by scores of 4-1 in Boston and winning 3-2 in Toronto would have likely done the job since the Bruins odds of winning three straight would have been pretty slim. However, Boston rebounded and took game four 6-4 in Toronto to regain home ice advantage.

They lost it pretty quickly though as the Leafs edged them 2-1 in the fifth game in Boston. Toronto’s second chance to rid themselves of the Bruins came at home in game six, but they once again failed to capitalize and were doubled 4-2. This set up the third consecutive game seven between the teams and gave the Leafs one more shot at eliminating their rivals.

Instead, Tuukka Rask out dueled Leafs’ netminder Frederik Andersen in the deciding game for the second straight year and the Leafs paid for their mistakes in the giveaway-filled contest while the Bruins were let off the hook. As for Andersen, he’s now 0-4 in his career in game sevens and has blown 3-2 series leads three times now.

The result means the Leafs’ haven’t won a playoff round since 2003/04 when they beat the Ottawa Senators and their Stanley Cup drought which began in 1968 will continue.

The Bruins entered the deciding contest with much more experience since Patrice Bergeron was playing in his 11th game seven while David Krejci was skating in his ninth and Brad Marchand his eighth with each player now winning six of them. To top things off, defenseman Zdeno Chara was skating in his 13th game seven to tie Scott Stevens and Patrick Roy for the most in NHL history and his record now stands at 6-7.

For the Leafs, Patrick Marleau was playing his eighth game seven, Jake Muzzin his fifth, Ron Hainsey his fourth and Jake Gardiner his third. Head coach Mike Babcock was entering his 10th and the loss sees his record fall to 3-7.

The Leafs and Bruins alternated wins in the first six games of this series, so that trend was perhaps a good omen for Toronto. However, the Bruins took a 2-0 lead in the first period to take control. Toronto pulled a goal back in the second, but the Bruins went up 3-1 early in the third and added a pair of late empty-net markers for insurance.

The Leafs haven’t improved their playoff showings under Babcock with three straight exits in the first round now. Many fans are also scratching their heads regarding Babcock’s allotment of ice time to his star players. Auston Matthews, who led the Leafs in the set with five goals and six points, played just 18:48 of the seventh game, which was his second-lowest total of the series. This included just 6:16 of the third period. Perhaps Babcock was saving his star player for games 8, 9 and 10 of the series.

Along with refusing to shorten his bench while the game was still within reach the coach also made a questionable move by putting the ageing Marleau on the ice while pulling Andersen for an extra attacker with three minutes to go. Babcock still has four years to go on his eight-year contract though so his chances of being let go are pretty low.

As for the players, Rask finished the series with a 92.8 save percentage and a goals-against average of 2.32 while Andersen saved 92.2 per cent of his shots with a 2.75 GAA. The usual suspects took over for Boston as Brad Marchand led the way in goals, assists and points with 4, 5 and 9 respectively. Matthews had five goals for Toronto and six points with Morgan Rielly notching four assists.

The foot soldiers arguably won the series for Boston though with Charlie Coyle‘s three goals equaling the combined goal output of Toronto’s William Nylander and John Tavares. Also, the Bruins’ fourth line of Noel Acciari, Sean Kuraly and Joakim Nordstrom combined for five points in game seven while the game-winner was scored by Marcus Johansson of the third line. Toronto’s weak penalty-killing wasn’t a factor in the deciding game as they didn’t take a penalty, but their power-play went 0 for 2.

The Bruins will now carry on with home-ice advantage in the second round against the high-flying Columbus Blue Jackets. The Leafs will need tickets for the 52nd straight year if they want to get anywhere near the ice for the remainder of the postseason.