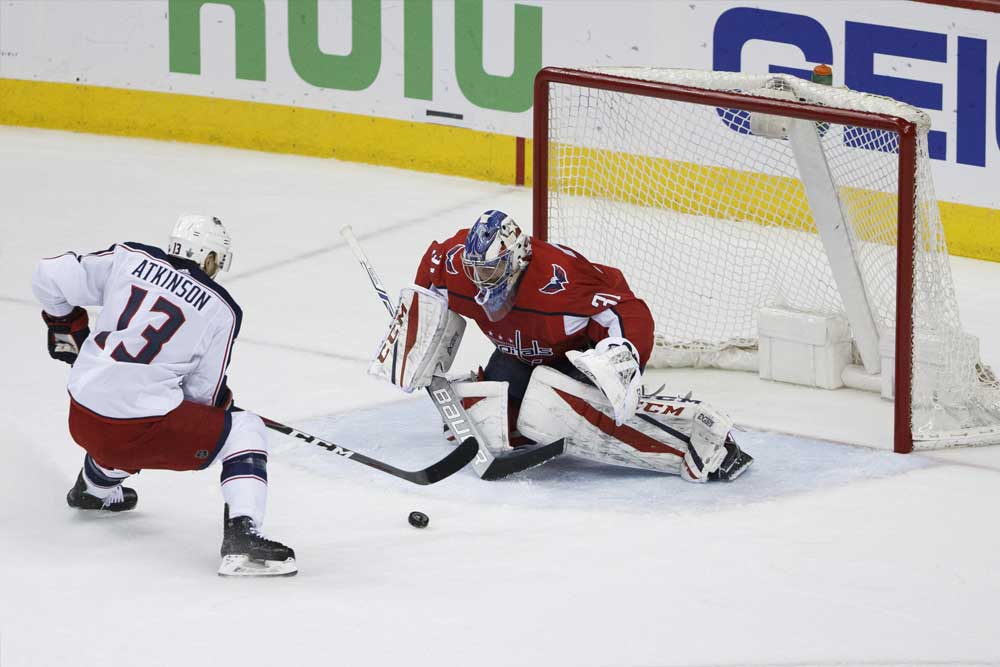 It’s that time of the year again when NHL fans are hotly debating the selections to the league’s All-Star Weekend. In case you’re out of the loop, this year’s festivities will be taking place in San Jose, California on January 25th and 26th.

Fans are already talking about who should and who shouldn’t be making their way to the west coast later in the month and the fact Washington Capitals’ captain Alex Ovechkin has decided to skip the festivities and face a one-game ban.

It’s the same thing year after year since all NHL teams need to have at least one representative and it’s just natural the host club will have an extra player or two for home supporters to cheer on. There are bound to be several worthy players who weren’t selected and there always will be.

So let’s focus on something a little different here and name the NHL’s Small Star Team for the first half of the 2018/19 season. These are the top skaters at each position for players who are 5-feet-9-inches or shorter while the goaltender has to be under 6-feet in height.

Halak’s main competition in the short goalie sweepstakes so far this year has been Juuse Saros of the Nashville Predators and Anton Khudobin of the Dallas Stars who like Halak, stand 5-feet-11-inches tall. They’ve all been playing pretty well, but I’m giving the nod to the 33-year-old Halak of Bratislava, Slovakia. As of Jan. 3rd, Halak had appeared in 22 games with a record of 12-6-2, a goals-against average of 2.28, a 92.8 save percentage and three shutouts. He’s arguably been a lot steadier than number one Tuukka Rask and certainly has better numbers.

In fact, Halak had appeared in two more games than Rask so in some fans’ eyes he may have already taken over the top job. Halak has carved out a fine career considering he was drafted in the ninth round by the Montreal Canadiens in 2003 with the 271st overall pick. He managed to play in one NHL All-Star Game as he was named a replacement in 2014/15. His name is also engraved on the William Jennings Trophy which he shared with Brian Elliot in 2011/12 when they were members of the St. Louis Blues.

It’s tough handling opposing forwards when you’re just 5-feet-9-inches tall and weigh 185 pounds as a defenseman. Torey Krug manages to pull it off though and also chips in with plenty of offense. The 27-year-old native of Livonia, Michigan had four goals and 24 points in 29 games as of Jan. 3rd and was on track for 10 goals and 59 points in 71 outings if he can stay healthy. Krug sharpened his skills in college hockey at Michigan State University, was a finalist for the Hobey Baker Award and earned numerous other trophies while at school .

Krug slipped through the NHL Draft though, but the Bruins signed him as a free agent in 2012. He made the NHL’s All-Rookie squad in 2013/14 when he posted 14 goals and 40 points. Since then he’s enjoyed seasons of 39, 44, 51 and 59 points. He’s certainly a key figure on the Boston blue line and can also be depended on to come up big in the playoffs with 28 points in 38 postseason contests.

Even though he’s netted five goals and 22 points in his first 38 games it’s probably fair to say Jared Spurgeon of the Minnesota Wild isn’t having his best year defensively. But let’s not forget he’s a 5-foot-9-inch, 168 lb rearguard’s still on pace for 11 goals and a career-best 47 points in 82 games. The 29-year-old from Edmonton, Alberta has been struggling a bit lately as the Wild is having trouble winning games and scoring goals.

Although Spurgeon’s on the small side of the league’s traditional blue liners, he’s found a home in the NHL due to his fine skating skills and his excellent puck movement. He was originally drafted by the New York Islanders with the 156th overall pick in 2008 and joined Minnesota two years later after failing to sign a contract with the Islanders. Spurgeon’s a feisty fella for his size and entered the 2018/19 campaign with 56 goals and 205 points in 509 regular-season games. Along with Matt Dumba, he’s one of the Minnesota’s top offensive rearguards.

The Calgary Flames have some fine young talent in the lineup, but the face of the franchise at the moment has to be Johnny Gaudreau. The 25-year-old native of Salem, New Jersey was drafted in the fourth round with the 104th selection in the 2011 NHL Draft. He cracked the Calgary roster in 2014/15 following an excellent college career. He took home the Hobey Baker Award in 2013/14 as the best college player in America and also earned several other accolades for his play and scoring feats.

Gaudreau hasn’t hasn’t lost a step in the NHL as he was named to the All-Rookie Team in 2014/15 and captured the Lady Byng Trophy for combining excellent play with sportsmanship in 2016-17. Gaudreau had notched 22 goals and 59 points for the Flames at their halfway point of the season and was on pace for 44 goals and 118 points. Not bad at all for a player who’s measured at 5-feet-9-inches tall and weighs approximately 157 lbs. He’s been so good in 2018/19 that he was also named to the NHL All-Star Weekend in San Jose and deservedly so.

Before we go any further yes, Tyler Johnson has also been playing left wing with the Tampa Bay Lightning this season, but he’s generally regarded as a center. And he’s quite a good one too despite his stature of 5-feet-8-inches and 183 lbs. The 28-year-old from Spokane, Washington is another NHL small star who wasn’t drafted. However, Tampa signed him as a free agent in 2011. He played his first pro season with the Norfolk Admirals of the American Hockey League and helped them win the Calder Cup in 2011/12. He was also named to the First All-Star and All-Rookie Teams.

Tampa called Johnson up in March of 2013 and he’s never looked back. He was a finalist for the Calder Trophy as NHL rookie of the year for 2013/14 when he racked up 24 goals and 50 points and was named to the All-Rookie Team. As a sophomore, Johnson posted a career-high 29 goals and 72 points and chipped in with 13 goals and 23 points in 26 playoff games. Since then he’s registered seasons of 38, 45 and 50 points, partly due to injury. Johnson’s back on track this year though with 18 goals and 30 points after 39 games and is on pace for 25 goals and 62 points.

Like Johnny Gaudreau, Cam Atkinson of the Columbus Blue Jackets was named to the NHL All Star event in San Jose this year and it’s easy to see why. The 5-foot-8-inch 179 lb right winger from Riverside, Connecticut had contributed 24 goals and 42 points in his first 38 games and was a plus-12. If he can keep the pace up he’s expected to deliver 51 goals and 89 points. Atkinson was drafted by Columbus out of Boston College with the 157th overall selection back in 2008.

The 2016/17 season was his best in the NHL so far when he scored 35 goals and 62 points. He’s been a consistent point producer for the Blue Jackets and entered the current campaign with 145 goals and 273 points in 447 regular-season games. This year also marks the sixth straight season he’s scored at least 20 goals. Atkinson has fought through the conceived size barrier due to his soft hands and explosive speed. He’s now 29 years old and should be in the prime of his career.