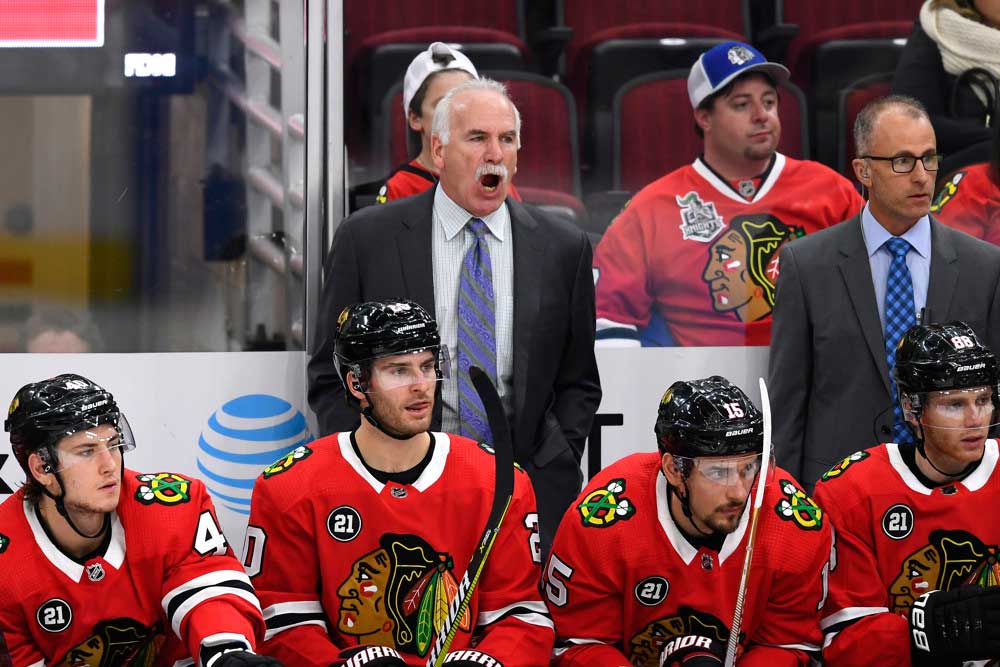 It didn’t take Florida Panthers general manager and president of hockey operations Dale Tallon long to hire a new head coach as Joel Quenneville was named the new bench boss on April 8th.  This came about 24 hours after former coach Bob Boughner was let go from the NHL team with a year remaining on his three-year contract.

Quenneville, who worked with Tallon in Chicago, has plenty of experience and has proven he has what it takes to succeed as he led the Blackhawks to three Stanley Cups and Central Division titles in his last coaching stint. The 60-year-old, who hails from Windsor, Ontario, was the head coach of the St. Louis Blues from 1996-97 to 2003-04 then the Colorado Avalanche between 2005-06 and 2007-08. He then took over in Chicago from 2008-09 until he was fired on November 6th, 2018.

Quenneville took home the Jack Adams Award in 1999/2000 as the coach of the year when he helped lead St. Louis to the President’s trophy for the league’s best regular-season record at 51-19-11-1. He learned the ropes as an assistant coach from 1994 to 1996 with the Colorado Avalanche/Quebec Nordiques franchise and also has a Stanley Cup ring from his time in Colorado as they hoisted the trophy in 1995/96.

As a player, Quenneville patrolled the blue line for 803 games for the likes of the Toronto Maple Leafs,  Colorado Rockies, New Jersey Devils, Hartford Whalers and Washington Capitals. He was drafted by the Leafs in the second round in 1978 with the 21st overall pick and finished his career with 190 points on 54 goals and 136 assists.

The Panthers fired Boughner and assistant coach Paul McFarlane the morning after the regular season concluded. Boughner had been with the team for the last two seasons and led the team to a record of 80-62-22. The club missed the 2017/18 postseason by a single point and many fans believed they would get over the hump this year.

The team took a step backwards though and missed the playoffs by a dozen points this campaign by finishing fifth in the Atlantic Division and Eastern Conference with a record of 36-32-14 with 267 goals for and 280 against. It would be hard to place the blame on the 48-year-old Boughner though since the Panthers have made just two playoff appearances in the last 18 seasons. The last time they won a playoff series was over two decades ago back in 1995/96.

Missing the playoffs this year was particularly disappointing for the franchise and its fans though since the team boasted several young stars in its lineup. Aleksander Barkov led the way with 35 goals and 96 points while Jonathan Huberdeau had 30 goals and 92 points. Evgeni Dadonov chipped in with 28 goals and 70 points and Mike Hoffman notched 36 goals and 70 points. The blue line wasn’t too shabby either, at least when it came to offense, as Keith Yandle notched 62 points and Aaron Ekblad had 37.

Florida scored the ninth-most goals in the league, but allowed the fourth-most against. It’s obvious one of the team’s weak spots in in goal with Roberto Luongo going 18-16-5 this year with a  3.12 goals-against average and an 89.9 save percentage. The veteran just turned 40 years old and may take a few months to decide if he’s going to retire or play at least one more year of his huge contract.

If Luongo retires the Panthers will likely take a run at pending unrestricted free agent Sergei Bobrovsky of the Columbus Blue Jackets in the offseason. Tallon may even make a pitch for the goalie’s Columbus teammate Artemi Panarin to further boost the offense. However, he’ll need to clear up some salary cap space if he hopes to sign one or both of them.

The Panthers really need to do something to put fans in the seats though as the club ranked second-worst in NHL home attendance this season with an average of 13,262 fans each game. This represents an average of just 78.2 per cent of the rink’s capacity.

The acquisition of Quenneville should definitely help, but he’s not going to be able to turn things around by himself. He missed the playoffs just once in Chicago, but unless the Panthers upgrade their goaltending it’s going to be tough to reach the postseason next year.

This is a club that has reached the playoffs just five times in their 25 NHL campaign and their only three series wins all came in 1995/96 when they made it to the Stanley Cup Final. Their last playoff appearance came in 2015/16 and Quenneville has obviously been hired to nip that short drought in the bud as soon as possible.

This will be a crucial offseason for the Panthers as they will be adding players through the draft and possibly via trades and free agency. And even though the team’s rink may be out in the middle of nowhere in Sunrise, Florida, it’s relatively close to Fort Lauderdale and Miami Beach and this could possibly attract the likes of Bobrovsky and Panarin.

If the Panthers do solve their goaltending issues before next October, I’m expecting Quenneville to immediately lead them back to the playoffs in 2019/20.