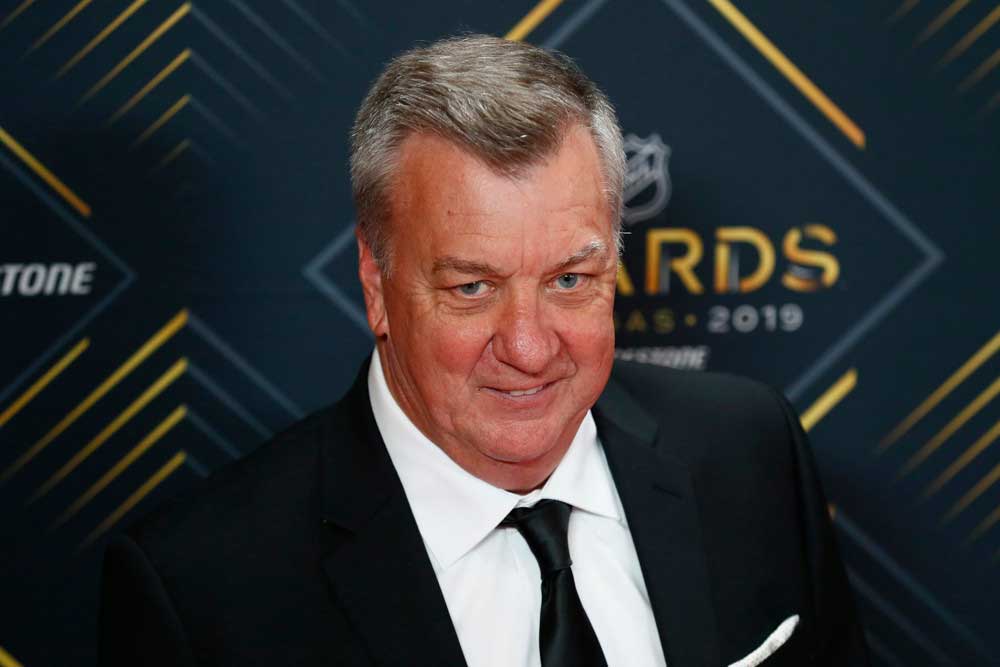 The Carolina Hurricanes have come to an agreement on a new three-year contract with general manager Don Waddell. Although his last contract expired at the end of June, the 60-year-old native of Detroit, Michigan remained working with the club.

There were rumors that Waddell was considering filling in the GM vacancy with the Minnesota Wild after Paul Fenton was recently let go, but Waddell said he wanted to remain with the Hurricanes and keep working for franchise owner Tom Dundon.

Waddell took over as Carolina’s interim general manager in March of 2018 to succeed Ron Francis and was then announced as the franchise’s ninth full time GM two months later. Under his watch, the team compiled a 46-29-7 last season and reached the playoffs for the first time in a decade. They made it as far as the Eastern Conference Final where they fell in four straight games to the Boston Bruins.

Waddell and the Hurricanes’ season was so impressive he was named one of three finalists for the league’s General Manager of the Year honors, but lost to Don Sweeney of Boston.

With Waddell’s contract expiring earlier in the summer his name was quickly linked to the Wild after former GM Fenton was sacked at the end of July. Waddell accepted an interview with Wild ownership on August 6th but nothing came of the discussions. He said it was business as usual with the Hurricanes while he spoke with the Wild.

Dundon chimed in and said he had no problem with his GM speaking to another team since he knew Waddell didn’t want to leave Carolina as they have established a great relationship together. However, he also admitted that he wouldn’t have stood in Waddell’s way either if he had his mind set on leaving Carolina for Minnesota.

Dundon made sure he locked his GM up though and offered him a three-year deal instead of just a one-year contract. In fact, Dundon said he’d prefer it if his front office staff worked for him on the strength of an oral agreement and handshake rather than a contract. The NHL isn’t on board with that philosophy though and the rules state that each club must have a general manager signed to a contract by September 1st of each season.

Waddell claimed he knew things would eventually work out in Carolina this summer and a contract would be offered for the benefit of the NHL brass.

The Hurricanes’ GM is a former player who spent four years in his home state skating with Northern Michigan University where he notched 52 goals and 120 assists for 172 points in 120 games. He was then chosen in the 1978 NHL Entry Draft by the Los Angeles Kings in the fourth round with the 111th overall pick.

However, Waddell would play just one NHL game during his career when he suited up against the New York Rangers in 1980/81. He spent most of his time in the International Hockey League and was named the league’s top defenseman for 1981/82 when he posted 95 points in 77 games on 26 goals and 69 assists with the Saginaw Gears. He also played several games in the American Hockey League (AHL), Central Hockey League (CHL) and Germany, and finished his IHL career with 83 goals and 261 helpers for 344 points in 356 contests.

Waddell got his first taste of coaching in 1987/88 with the Flint Spirits of the IHL when he suited up as player/coach. He hung up his skates at the end of the campaign and then moved behind the bench for the next two years.

In 1991/92, Waddell wound up with the San Diego Gulls of the IHL. By this time he already had some front office experience as he handled the head coaching job and general manager duties with Flint in 1988/89. He concentrated on the GM job full time the next season and then headed to San Diego to where he was the GM and team’s vice president between 1990 and 1995. Following that stint he moved to the Orlando Solar Bears where he served the same roles with the IHL club.

He joined the Detroit Red Wings in 1997/98 as assistant general manager with the team capturing the Stanley Cup that season. Shortly after winning the Cup, Waddell was hired by the Atlanta Thrashers as the franchise’s very first general manager for the 1998/99 season. He remained with Atlanta until the end of 2009/10 when he was replaced by Rick Dudley. Waddell remained with the club though as he was given the team president job.

With Atlanta, the Thrashers went 308–401–45–66 and won the Southeast Division in 2006/07, which was their lone playoff appearance under him as GM. While in Atlanta, Waddell also gained some more coaching experience. He was named interim head coach in 2002/03 and went 4-5-1-0 before the club named Bob Hartley as permanent bench boss.

Hartley was let go early in 2007/08 when Atlanta started the season at 0-6 and Waddell once again took over as interim coach. But while the team improved under his guidance and played .500 hockey the rest of the way, they ultimately missed the postseason.

In January of 2012 Waddell was hired as a pro scout by the Pittsburgh Penguins. He stayed for just over two years before Carolina hired him in July of 2014. He was named the president the franchise’s parent company to replace the departed Jim Rutherford and then named general manager and president approximately four years later.