Deadline Headlines: A Look At The NHL Trade Deadline 18/19 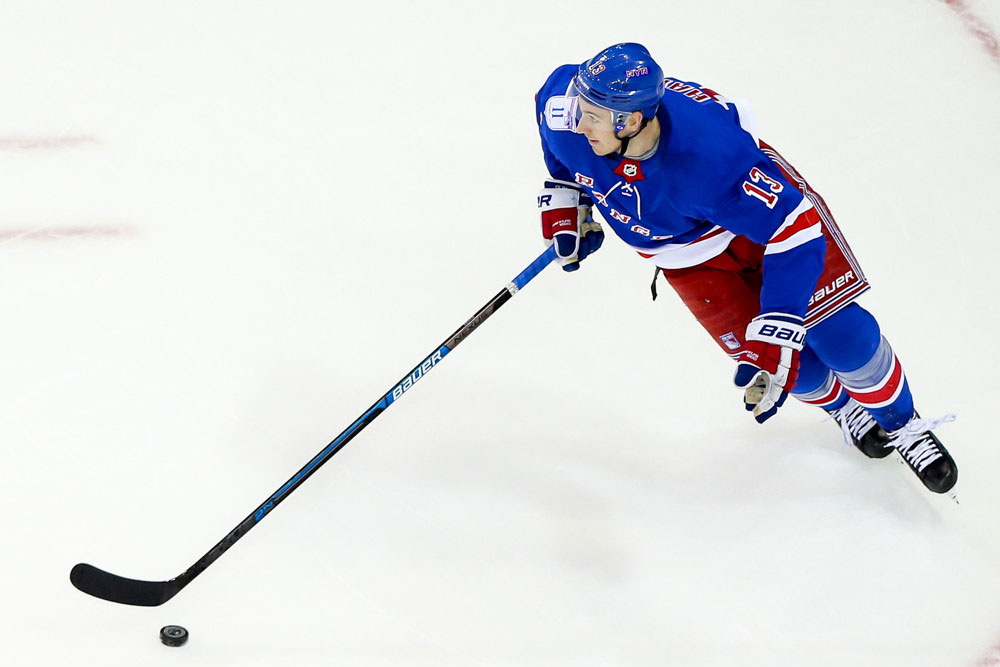 NHL players can stop sweating and uncross their fingers for the next few months as the league’s 2018/19 deadline has come and gone. In case you happened to miss any of the deals on or just before deadline day we’ll recap them here and throw in our two cent’s worth on some of them.

Philadelphia Flyers’ Wayne Simmonds was rumored to go to just about every team with a playoff pulse, but he ended up with the Nashville Predators for fellow forward Ryan Hartman along with a conditional fourth-round pick in the 2020 Draft. The Preds also sent Kevin Fiala to the Minnesota Wild for fellow forward Mikael Granlund, who’s a pending unrestricted free agent. The Predators then sent forward Nicholas Baptiste to the Toronto Maple leafs for future considerations.

The St. Louis Blues were able to strengthen their blue line with the addition of veteran defender Michael Del Zotto and sent the Anaheim Ducks nothing but a sixth-round draft pick in 2019 for him. The Ducks also sent forward Brian Gibbons to the Ottawa Senators for defenseman Patrick Sieloff. Anaheim kept going as they shipped blue liner Brandon Montour to the Buffalo Sabres for defenseman Brendan Guhle as well as their first-round draft pick in 2019.

The slumping Winnipeg Jets were working overtime as they acquired forward Matt Hendricks from the Minnesota Wild for nothing but a seventh-round pick in the 2020 Draft. The Jets also sent Nic Petan to the Toronto Maple leafs in exchange for fellow forward Par Lindholm and picked up forward Alexander Broadhurst for future considerations from the wheeling and dealing Columbus Blue Jackets. Winnipeg wasn’t finished there as they sent a sixth-round pick in 2019 to the Buffalo Sabres for defenseman Nathan Beaulieu and acquired rearguard Bogdan Kiselevich from the Florida Panthers in exchange for seventh-round selection in the 2021 Draft.

The Vegas Golden Knights made a relatively big splash by acquiring forwards Mark Stone and Tobias Lindberg from the Ottawa Senators. Stone was another top-line player who was rumored to be on the way out of Ottawa as the club overhauls its roster. In return, the Senators picked up rearguard Erik Brannstrom along with forward Oscar Lindberg as well as a second pick in the 2020 Draft. It’s believed Stone, who’s a pending unrestricted free agent, will sign a long-term deal in the desert. Ottawa continued to clear house by sending pending unrestricted free agent Ryan Dzingel to the Columbus Blue Jackets along with a seventh-round draft pick in 2019 for fellow forward Anthony Duclair as well as a second-round draft pick in both 2020 and 2021.

The Vancouver Canucks sent defenseman Erik Gudbranson to the Pittsburgh Penguins for forward Tanner Pearson and the Penguins also acquired blue liner Chris Wideman from the Florida Panthers in return for forward Jean-Sebastien Dea. The Canucks also sent forward Jonathan Dahlen to the San Jose Sharks for forward Linus Karlsson. The Sharks also picked up forward Gustav Nyquist from the Detroit Red Wings in return for a second-round draft pick in 2019 and a conditional third-round pick in 2020.

The Colorado Avalanche added some forward depth with Derick Brassard from the Florida Panthers for a third-round pick in 2020 and also landed a conditional sixth-round pick in 2020 during the deal. Brassard was dealt to Florida earlier in the season from the Pittsburgh Penguins. If Colorado re-signs the pending unrestricted free agent then Florida doesn’t have to give up the sixth-round pick. The Panthers also shipped out forward Tomas Juco to the Carolina Hurricanes for future considerations and received forward Cliff Pu from Carolina for future considerations.

The Boston Bruins took forward Marcus Johansson off the hands of the New Jersey Devils for a second-round draft pick in 2019 and a fourth-rounder in 2020.

The Columbus Blue Jackets are really going all out for the Stanley Cup this year it would seem after their big trade with the Ottawa Senators prior to the deadline which saw them acquire forward Matt Duchene. Columbus made more moves by acquiring Adam McQuaid from the New York Rangers for fellow defenseman Julius Bergman as well as a fourth and seventh-round pick in the 2019 Draft. Bergman was just acquired by Columbus in the Duchene deal. The Blue Jackets got some help in the crease by acquiring netminder Keith Kinkaid from the New Jersey Devils and only had to give up a fifth-round draft pick in 2022. Kinkaid will add some depth as Columbus is expected to lose pending unrestricted free agent Sergei Bobrovsky in the summer.

The Calgary Flames received defenseman Oscar Fantenberg from the Los Angeles Kings in return for a conditional fourth-round draft pick in 2020. The Kings also picked up Spencer Watson from the Chicago Blackhawks for fellow forward Matheson Iacopelli.

The Montreal Canadiens traded forwards with the Arizona Coyotes as they acquired Jordan Weal for fourth-liner Michael Chaput.

The Dallas Stars acquired  blue liner Ben Lovejoy from the New Jersey Devils for fellow blue liner Connor Carrick along with a third-round draft pick in 2019.

Looking at the deals we see Nashville’s second line and power-play will be depending on help from Wayne Simmonds and his 16 goals and 11 assists and Mikael Granlund with his 49 points on the season. The Predators need the help since they have the worst power-play in the league. The Preds gave Kevin Fiala to the Wild and with 32 points he should be a top-six forward there.

Mark Stone adds some top-notch offense to the sliding Vegas Golden Knights and will also help their 23-rd-ranked power-play. The Knights needed to do something since they’ve been struggling lately. Stone may play on the second line with Paul Stastny in the middle and Max Pacioretty on the left-wing. Alex Tuch may then move to the third line.

The San Jose Sharks got even stronger offensively with the addition of winger Gustav Nyquist from Detroit. Nyquist has 49 points on the year and will make San Jose hard to stop in the West. He may play on the third line with center Joe Thornton as well as on the second power-play unit.

The Winnipeg Jets really went to town and center Kevin Hayes means the team may use him on the second line with Patrik Laine on one wing and Nikolaj Ehlers on the other. Hayes has 42 points on the season as well as 11 on the power-play. The Jets are solid down the middle with Hayes, Mark Scheifele, and Bryan Little among others.

Out in Colorado Derick Brassard may play with Gabriel Landeskog or Mikko Rantanen and should see some power-play duty. This allows Colorado to break up the top trio of Rantanen, Landeskog and center Nathan MacKinnon.

The Boston Bruins could play left-winger Marcus Johansson on the second line with center David Krejci after picking him up from New Jersey. He may even get some power-play time and the Bruins have added some secondary scoring with him and the recent addition of forward Charlie Coyle from Minnesota.

Some teams made major moves while others pulled off minor deals and it’ll be interesting to see how they pan out in the playoffs. Columbus, Nashville, Vegas, Winnipeg, San Jose, Colorado  and Boston all appear to be significantly stronger heading down the stretch though.