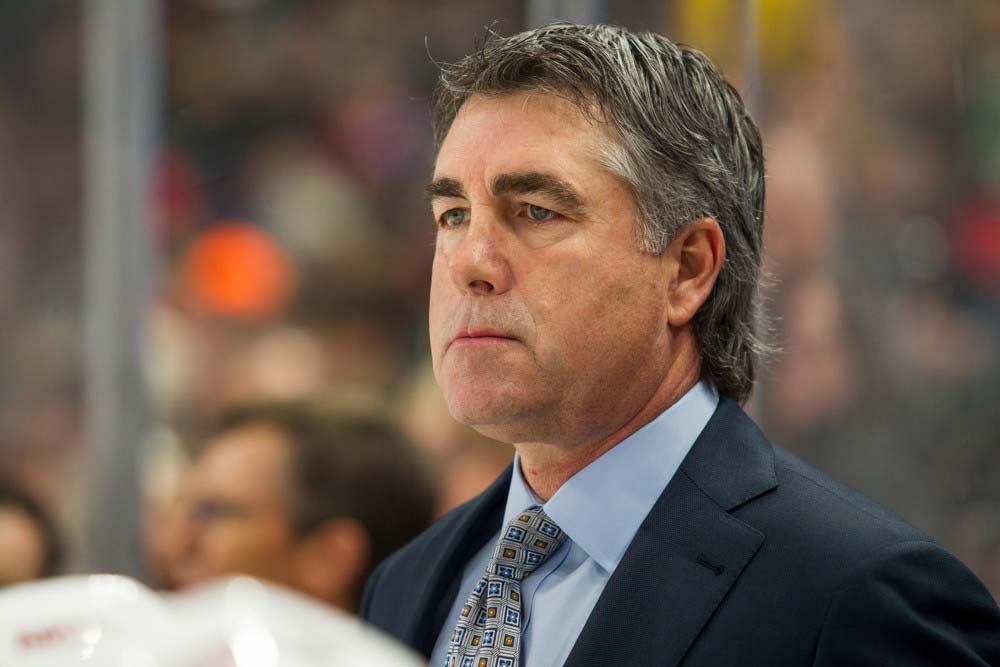 The Edmonton Oilers‘ hot seat, or perhaps we should say ejection seat, will be occupied by none other than Dave Tippett for the 2019/20 season. Tippett was introduced as the club’s new head coach on May 28th. He becomes the third bench boss in the past six months as Todd McLellan was let go last November after a 9-10-1 start. Ken Hitchcock sat in the seat for the rest of the campaign and went 26-28-8 as the team missed the playoffs for the 12th time in the past 13 seasons.

The #Oilers have named Dave Tippett as Head Coach. Tippett joins the organization with 14 years of @NHL head coaching experience including, most recently, eight seasons with Arizona from 2009 to 2017. pic.twitter.com/rItEdXmwwA

The 57-year-old Tippett, who hails from Moosomin, Saskatchewan, was most recently working with the NHL’s new expansion franchise in Seattle as a senior adviser. He has left that role and reportedly inked a three-year deal with Edmonton, where Ken Holland recently took over as the club’s new general manager and president of hockey operations. Holland was hired to take over from interim GM Keith Gretzk, who replaced the fired Peter Chiarelli during the season.

Tippett formerly coached the Arizona Coyotes for eight seasons between 2009 and 2017 and left the team in June of 2017. His record out in the desert was 282-257-83 with their best playoff showing being the Western Conference Final in 2011/12 when they were ousted by the Los Angeles Kings, who went on to win the Stanley Cup. He was also named the NHL’s coach of the year for the 2009/10 campaign when the team earned a record 50 wins and 107 points and reached the postseason for the first time since 2001/02.

The franchise won its first ever division title in 2011/12 by topping the Pacific. But on the other side of the coin, Tippett’s squads failed to make the playoffs during his last five seasons in charge.

Tippett played 721 games in the NHL as a forward from 1984 and 1994 and racked up 93 goals and 262 points with the Hartford Whalers, Washington Capitals, Pittsburgh Penguins and Philadelphia Flyers. He then started his coaching career by signing with the Houston Aeros of the International Hockey League as a player/coach. After one season he gave up playing to concentrate on coaching.

He took after as head coach in Houston midway through 1995/96 and remained with the team until the end of 1998/99. Tippett was then hired as an assistant coach by the Los Angeles Kings to start 1999/2000 and stayed with the team for three full seasons.

The Dallas Stars then came knocking and named Tippett as their new head coach prior to the 2002/03 campaign. He led the Stars to five fantastic regular season records to start off his career in Texas and made the playoffs each season. However, in 2008/09 they finished the year with 83 points and missed the postseason and suddenly Tippett was fired in June of 2009 and ended up in Arizona.

He went 274-156-28-37 with the Stars and won two Pacific Division titles. His Dallas teams lost three playoff series in the first round, one series in the second round and one series in the third round. In total, Tippett’s NHL head coaching career with Dallas and Arizona reads 553-413-28-120 in 1,114 regular-season games in 14 seasons with a 33-41 mark in the playoffs.

Tippett becomes the 16th head coach for the Oilers since the franchise joined the NHL in 1979 and their eighth in the past dozen seasons. They also employed six different head coaches when playing in the old World Hockey Association for seven seasons from 1972/73 to 1978/79.

There is plenty of work to do in Edmonton as just three forwards managed to score 40 points this season; captain Connor McDavid, Leon Draisaitl and Ryan Nugent-Hopkins. The Oilers were 20th in the league in five-on-five goals for over the past two seasons and ranked 26th in goals against five-on-five. Their penalty killing was second-worst in the league this year at 74.8 per cent but the power play was successful 21,2 per cent of the time to rank a decent ninth in the 31-team league.

At least Tippett has some talent to work with as McDavid is regarded by many as the best player in the world at the moment and has led the NHL in scoring in two of the past three seasons. In addition, Draisaitl was the only NHL’er to notch 100 points and 50 goals this year as he finished with 50 goals and 55 assists.

The weakest link on the Oilers’ roster is defending as the team was ranked seventh-worst this season at 3.31 goals against on average per outing. Tippett will either need to use his skills to teach his players how to defend better or Holland will have to acquire some better defensive players to work with. The GM also needs to add some offensive depth so Draisaitl, McDavid and Nugent-Hopkins aren’t expected to carry the rest of the team on their shoulders every night.

Holland’s priority may be finding a solid goaltender to share the crease with Mikko Koskinen as it’s debatable if the youngster is a legitimate NHL starter at this point in his career. With a little improvement in net and the rest of their own end of the ice this is a squad which could easily turn things around and make the playoffs next season.

So with a new president of hockey operations, general manager and head coach in place the Oilers are starting at square one in 2019/20. They missed the playoffs by 11 points this season which is by no means a huge deficit to make up. However, the team needs to do it on a consistent basis rather than make the playoffs just once every two or three years.

It will be interesting to see how the summer plays out for the Oilers regarding the NHL Draft, free-agency frenzy and the trade market. If Holland can find the right pieces before next season faces off there’s a good bet Tippett will be able to reach the playoffs in his first season with a new club once again.