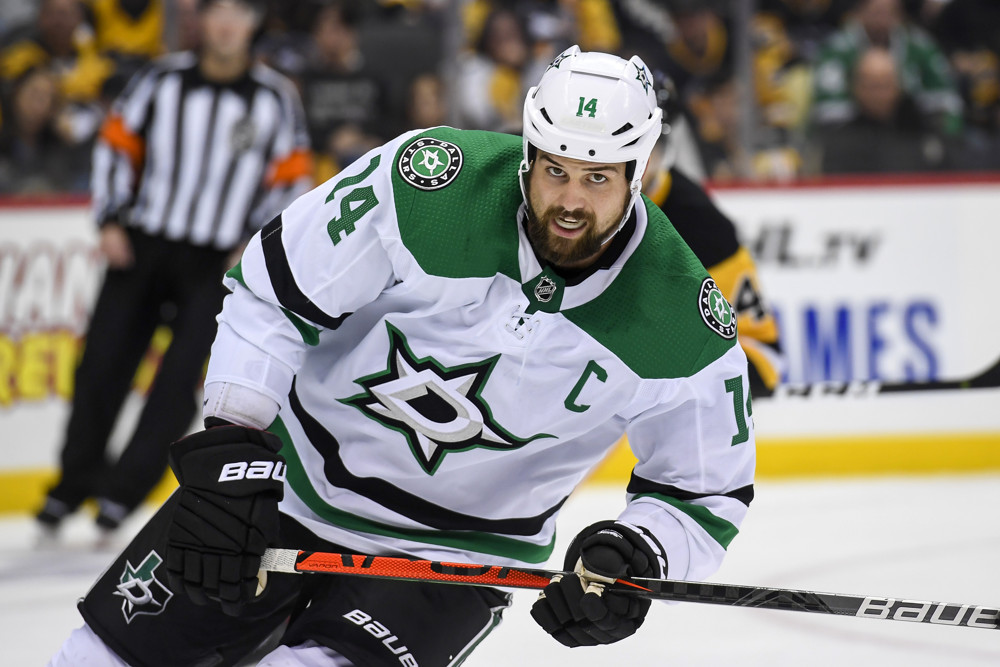 The 2019-20 Dallas Stars have mastered the art of bending and not breaking—and not only because they haven’t broken yet. They’ve learned how to bend.

Quality goaltending and a stout defense are great building blocks, but if Dallas had stubbornly clung to that formula, it may not have even reached the third round. The Colorado Avalanche boast such a potent attack that the Stars would have buckled without offensive bite of their own. They fought fire with fire instead, scoring a ridiculous 28 goals while allowing 29 over seven roller-coaster contests. Yes, they were outscored and outplayed in the series. They prevailed nonetheless.

Does that sound familiar?

Eye-popping box scores aside, a similar scenario played out in their conference final matchup against the Vegas Golden Knights. Peter DeBoer’s club owned 57.7% of the shot attempts and 58.6% of the high-danger chances but earned just one victory in the series. While Dallas seldom dictated the action, it kept rising to the occasion when it mattered most. All four of its wins were decided by a single goal. Two of those required overtime. When any game was up for grabs, the Stars seized their opportunity and buried the Golden Knights.

Rick Bowness’ troops were at their ever-changing, rope-a-doping best in Game 5. They started out slowly once more, conceding the opener on an ugly neutral zone mix-up that led to a Chandler Stephenson breakaway:

15 seconds into the third period, the Stars were guilty of another monumental gaffe.

From Dallas’ perspective, that represented the worst possible turn of events. Vegas was now buoyed by strong goaltending and the realization that it could also beat Khudobin on a clean look.

The Golden Knights were on the verge of reclaiming momentum in the series. All they had to do was hold on to their two-goal lead over the final 20 minutes.

But…then the Stars did what they’ve done throughout the postseason: They regrouped and charted an alternative path to victory. First, Lindell atones for his blunder by pressing the issue offensively. He parks himself in Gretzky’s office, but rather than displaying The Great One’s feathery touch, he hurls the puck into the slot twice hoping for a bounce that the forwards might convert on. Jamie Benn is the lucky recipient and pulls the Stars within one:

Once again, this isn’t rocket science. Roope Hintz accomplishes his solo forechecking mission, which grants John Klingberg the chance to find a lane and wire a shot toward the net. Perhaps believing the same old story was unfolding, Vegas’ defenders feel the need to front Klingberg’s bid and only manage to deflect it. Because both rearguards opt for the block, Joel Kiviranta is free to sneak behind them and lift the puck over Lehner.

In overtime, more of the same. After Zach Whitecloud flips the puck over the glass early in the extra frame, Dallas outworks Vegas before Denis Gurianov produces the blistering off-wing dagger:

Each time Vegas exhibited a sign of weakness, the Stars went straight for the jugular. Moreover, the Golden Knights could never quite tell where that strike would come from. Beyond Dallas’ compete level, nothing about this club is set in stone—not the players’ roles or the team’s identity. They adopt different shapes and styles according to the hand they’re dealt. There’s a different hero on any given night.

When their stingy defense isn’t cutting it, the Stars will flip a switch and start flooding the high-percentage areas. When their top-six forwards aren’t generating enough offense, they’re selling out to block shots and disrupt the opposition. Meanwhile, stay-at-home blueliners and depth contributors are stepping up offensively when you least expect it. In between the pipes, a career journeyman is doing just enough to propel his team deep into the playoffs. Finally, the 13th-ranked power play in the regular season is proving deadly when it counts.

With this uncanny timeliness and adaptability in tow, every turning point has belonged to the Stars. They’re comfortable with their backs against the wall—with adversity, lopsided shot totals and razor-thin margins of victory. They thrive in that environment. They live to drag you into deep waters.

No moment feels too big for them.

Make no mistake: This is one of the ugliest Stanley Cup Final runs in history. Sportsnet reported that Dallas is the first finalist with a negative playoff goal differential since 1968. It has controlled a mere 46.5% of the expected goals (16th out of 24 teams). The Stars, however, are defying those expectations on the strength of their malleable yet somehow bulletproof DNA.

While other teams grow frustrated when their game plan falters, Dallas simply shifts gears and keeps on rolling.