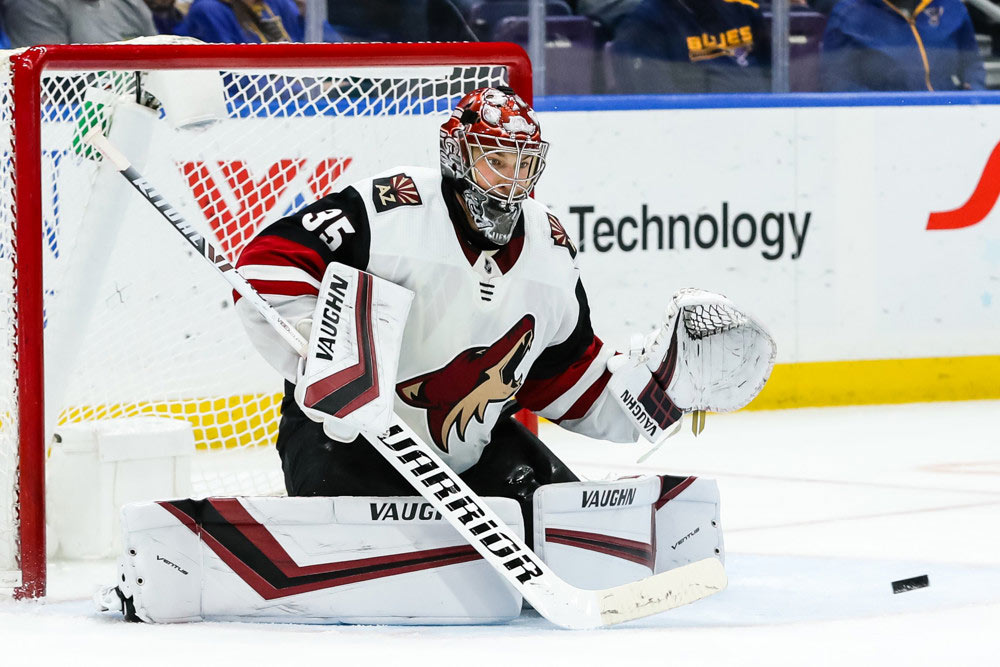 Perhaps the biggest game of the season  for the Arizona Coyotes came on March 12th when they downed the St. Louis Blues on the road. It was a crucial contest considering they were trounced 7-1 the night before by the Blackhawks in the Windy City.

It was imperative the Coyotes bounced back from the shellacking to remain relevant in the Western Conference playoff race. After their win over the Blues, Arizona was sitting in the second wild card position with 75 points from 70 games. However, the battle for the postseason is far from over as the Minnesota wild, Colorado Avalanche, Chicago Blackhawks and Edmonton Oilers were all hoping to make some noise down the stretch.

The Coyotes still have to play the Blackhawks, Avalanche, Wild and Oilers and all of those games will be must-win situations for both teams. If the Coyotes can hang on over the last dozen games they’ll be appearing in the playoffs for the first time since 2011/12.

It’s a credit to the team that the Coyotes are still in the thick of things considering they’ve lost close to 350 man-games due to injury this campaign. They also went through a five-game losing skid from late January to early February and just before Christmas they went through a stretch of seven defeats in eight outings.

Arizona is making a late push though with an 8-2 mark in the past 10 contests and are 12-4 over the last 16. Head coach Rick Tocchet is being talked about in conversations for coach of the year for how he’s kept the ship afloat despite the loss of key players. They’ve been without goaltender Antti Raanta since the end of November and forward Nick Schmaltz is out for the season.

Schmaltz was acquired in a trade with Chicago for forwards Brendan Perlini and Dylan Strome in late November. Strome and Perlini have excelled with the Hawks and Arizona doesn’t really have anything to show for the trade until Schmaltz can play again. The Coyotes have also been playing without forward Derek Stepan and blue liner Kyle Capobianco, with Capobianco also expected to miss the remainder of the schedule. Other players who have been sidelined this year include forwards Michael Grabner and Christian Dvorak along with rearguard  Jason Demers.

Understandably, the club struggled with so many players in the infirmary and as the calendar turned to 2019 they were in 13th spot in the Western Conference. But since January 6th, the team has gone 18-9-2 and has gradually climbed the standings.

Arizona’s success can mainly be accredited to the team’s defensive play. They have allowed 195 goals against to rank as the league’s ninth-best in goals allowed. They can thank 28-year-old goaltender Darcy Kuemper for his excellent play since Raanta went down as he’s posted a mark of 23-16-5 this season with a goals-against average of 2.51 and a save percentage of 92.0

Arizona returns home to play on March 14th against the Anaheim Ducks and then the Oilers two nights later. The Oilers are still hoping to make the playoffs, but the Ducks are basically roasted this season as far as the postseason is concerned.

After the short home stand, the Coyotes then head out for their last lengthy road swing of the season with the first stop in Tampa Bay.

General manager John Chayka said the club is still hopeful of making the playoffs, but it’s been a remarkable ride all the same. He recently told ESPN.com

“We want the chance to make the playoffs and compete for the Stanley Cup. But I think our team is having fun. There’s no pressure on us. We’ve gone through a lot of injuries. We’ve come a long way to get here, and now it’s just about enjoying it and competing hard.”

If the Coyotes are still playing after the 82-game season runs out there’s a chance Raanta will be able to suit up between the posts. He’s played in just 12 games in 2018/19 though and the way Kuemper’s been playing Tocchet may stick with the youngster while Raanta backs him up.

Offensively the team’s top point-getter is Clayton Keller with just 44 points so there’s no doubt the Coyotes will have to win with solid goaltending and defensive acumen. Arizona usually wins by outworking their opponents. Brad Richardson leads the team in goals with just 16 and he’s now 34 years old, but he’s also been shutting down the opponents’ top line.

Schmaltz notched 14 points for the team in 17 games and he’s obviously missed and Max Domi was traded to the Montreal Canadiens. So with Perlini, Strome and Domi all gone from the organization the rest of the squad will need to pick things up over the last 12 contests, including Alex Galchenyuk who was acquired in the deal for Domi.

With several players returning to the lineup from injury, the Coyotes now have a good chance of at least making the playoffs. They will be the underdogs if they do get there, but if they keep working hard and bouncing back from adversity they could surprise a few people.