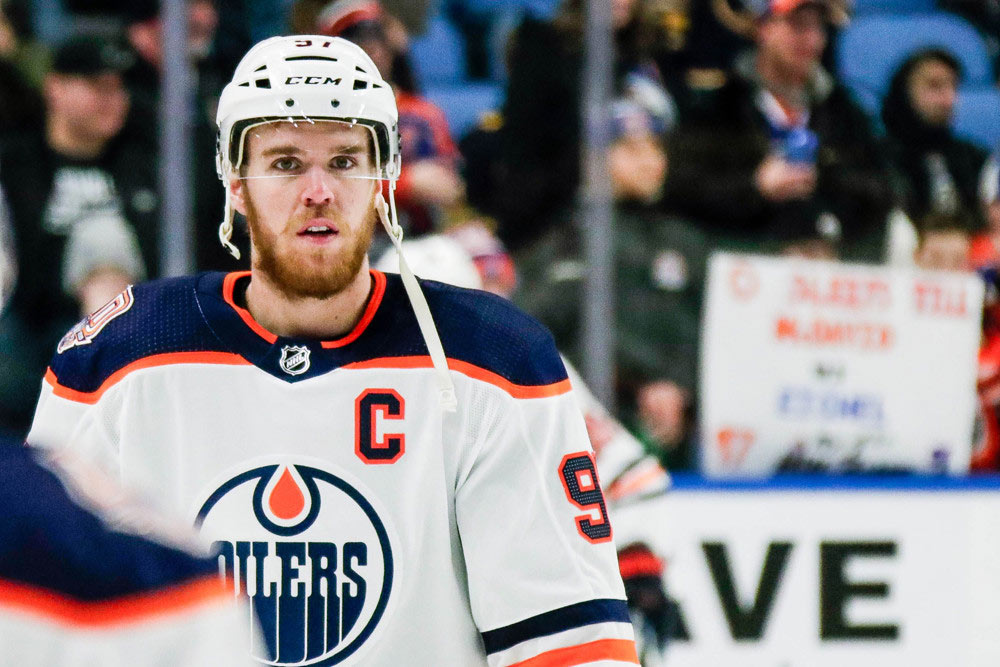 Who shot JFK? Whatever happened to Jimmy Hoffa and Amelia Earheart and how did Stonehenge get there? And while we’re at it, how did the Maple Leafs manage to blow a 4-1 goal lead in the third period of game seven in 2012/13?

These are some of the most mind-baffling unexplained mysteries over the past several centuries. But perhaps the biggest head scratcher of them all is how can the Edmonton Oilers be so bad after drafting first overall four times between 2010 and 2015 and not only that, the organization had six other top-10 picks from 2007 until 2018.

I mean who’s to blame here? Is it coaching, management, ownership or just bad luck? Well there’s certainly no jinx on the franchise since Edmonton has won five Stanley Cups since joining the NHL in 107 . At least Maple Leafs’ fans had somebody to pin their decades of ineptitude on when the majority of them blamed former owner Harold Ballard. However, 29 years after his death we see the convicted fraudster wasn’t solely responsible for the club’s lack of success.

One of the first things that springs to mind when analyzing the Oilers’ situation is how can a team with arguably the best player in the world in Connor McDavid be so bad? If we list the top skaters in NHL history most fans will agree this should include the likes of Rocket Richard, Gordie Howe, Bobby Hull, Bobby Orr and Mario Lemieux. Heck, we can even throw in a couple of current players such as Sidney Crosby and Alex Ovechkin.

The one thing these former greats had in common was they all won the Stanley Cup at least once. But the way things are going it looks like McDavid may play 20 years in the league and leave it empty handed…at least if he stays in Alberta.

Anyway, getting back to the headline question here, could and should the Oilers pick first overall in the 2019 NHL Draft this June. Well, the first half of the question is pretty straightforward. With 63 points on the season as of March 5th  and just 12 points out of the league basement the club could certainly lead off the draft proceedings

But should they? How many kicks at the can should they get and should you be able to claim the greatest prize in hockey (eg. McDavid) and still be able to claim welfare? When it comes to draft-lottery fortune Lucky Luciano has nothing on the Oilers.

Just how many horseshoes are these guys going to be able to pull out of their behinds?  Roger Woodward plummeted over Niagara Falls as a seven-year-old in nothing more than a life jacket back in 1960 and lived to tell his school mates about it. Former park ranger Roy Sullivan was struck by lightning seven times and still managed to carry on liker nothing had happened. But these examples of pale in comparison to the Oilers’ luck in the draft over the past years.

Some fans would like to see a cap placed on NHL draft lottery picks. For example, no team should be able to choose first overall more than once in five years or twice in 10 years. Edmonton has already been gifted with the top picks for years and for some reason still can’t ice a playoff-contending team. Enough’s enough! Or is it?

Most other franchises that were bad enough to draft first overall managed to turn things around in a relatively short period of time or at least make the playoffs. The Maple Leafs have become a legitimate contender since Auston Matthews came aboard in 2016. The same could be said of the Pittsburgh Penguins, Tampa Bay Lightning and Chicago Blackhawks with the additions of Crosby, Steven Stamkos and Patrick Kane respectively. Not all teams improve overnight though as Aaron Ekblad, Nico Hischier and Rasmus Dahlin may not lead the Florida Panthers, New Jersey Devils and Buffalo Sabres to the playoffs this season. However, these players aren’t as dominant as McDavid, who has already won Hart and Art Ross Trophies. In addition, those clubs didn’t have four number-one overall picks and six others in the top 10.

If the Oilers haven’t been able to solve their problems by now with the draft choices they’ve had then perhaps somebody else should be given the chance. They’ve taken the likes of  Connor McDavid, Leon Draisaitl, Taylor Hall, Ryan Nugent-Hopkins, Jordan Eberle, Nail Yakupov, Jesse Puljujarvi, Sam Gagner, Darnell Nurse, Devan Dubnyk, Oscar Klefbom, Jeff Petry and Andrew Cogliano over the past 15 years. The only dud in there would be Yakupov and he even notched 136  points in 350 NHL games.

The Oilers’ former general manager Peter Chiarelli thought it was wise to trade Hall to the New Jersey Devils for defenseman Adam Larsson and how did that move turn out? Hall went on to win the Hart Trophy shortly after. Edmonton also stocked up on offensive-minded forwards and neglected the blue line and crease. Perhaps they didn’t realize the days of fire wagon hockey and 8-7 victories were a thing of the past.

But looking back at their draft history, we see they took goaltender Devan Dubnyk and defenseman Jeff Petry and decided they couldn’t help the team. In general the Oilers have drafted well in the first round and on very few occasions in every round after that.  The problem is they don’t seem to always know which players to keep and which ones to let go. If they did, Dubnyk and Petry would still be there.

Whatever way you want to analyze it, Edmonton should simply be icing a better team than they are due to the sheer number of high draft choices they’ve had. They haven’t really shown much improvement though and it’s understandable why some fans feel they’ve had their fair share of chances.