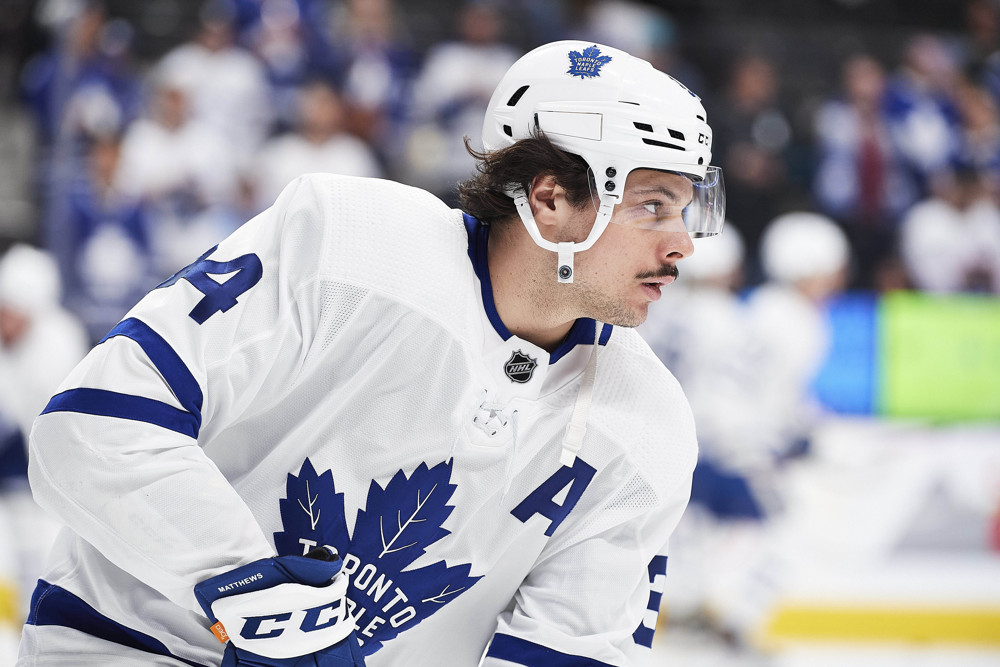 Entering their playoff qualifiers against the Toronto Maple Leafs, the Columbus Blue Jackets knew they had to keep Auston Matthews’ line in check.

After the Leafs staged a historic comeback on the strength of their nuclear option (Matthews, Mitch Marner, John Tavares) in Game 4, that item in Columbus’ game plan shifted from important to imperative. While smothering Matthews (6 points in 5 games) entirely is a tall order, limiting his damage and forcing his supporting cast to beat you is certainly feasible. John Tortorella’s men carried out those designs to a tee on Sunday night, bending without breaking against that lethal group and daring the likes of William Nylander, Kasperi Kapanen, Zach Hyman, Alexander Kerfoot and Andreas Johnsson to step up when it counted most. We know how that panned out.

Though Columbus ultimately earned a 3-0 shutout to advance to the first round, the final score doesn’t reflect the Blue Jackets’ struggles.

Toronto’s vaunted new trio picked up right where it left off in Game 4, imposing a frenetic pace and launching a seemingly endless assault on Tortorella’s defense. Facing three top-tier forwards at once wreaked havoc on Columbus’ structure. Just watch the pressure on display in this shift:

The Blue Jackets hung on for dear life.

That’s how the contest played out in a nutshell. Seth Jones, Zach Werenski, and company were tasked with handling Matthews, Marner and Tavares, and…it was ugly at times. The three forwards comprising that powerhouse line are such potent weapons that they had the Blue Jackets on edge throughout the game, banging on the door only for netminder Joonas Korpisalo (1.45 GAA, 95.6 SV% in the series) to slam it shut:

However, there was a recurring pattern hidden within the chaos. Columbus conceded a slew of great chances, but not to Matthews. The 22-year-old emerged as an elite three-zone menace in the playoff qualifiers, leveraging his size (6’3”, 220 lbs), skill and IQ to dictate the action. He was more physical and impactful than ever. Every time Matthews hopped onto the ice, it was clear he was the best player on either team. If you couldn’t already tell that the Leafs would only go as far as he could take them, he proceeded to score both of their game-winners in the series.

As such, the Blue Jackets made a concerted effort to deny him looks from prime real estate—even if it meant affording them to someone else:

The Blue Jackets simply refused to let Matthews beat them. They took the game out of his hands and forced one of his teammates to rise to the occasion. Columbus trusted in its system, in Korpisalo and, above all else, in its opponent’s inevitable collapse.

Sure, Matthews, Marner and Tavares owned 87.8% of the expected goals during their shifts, but the onslaught didn’t yield actual goals. Korpisalo and his team’s defense battened down the hatches and survived. So…what about the other 40 minutes when the Leafs’ top line couldn’t influence the game? Hardly a stranger to defensive lapses, Toronto was ripe for the picking.

Beyond falling short on the attack, its depth actively hurt the team. First and foremost, Nylander was an utter disaster at center on the second unit. The young Swede’s gifts with the puck are evident, but his indifference to the finer details is just as pronounced. It’s not some happy coincidence that he posted a -3 rating in the biggest game of the year. His unit with Kapanen and Hyman seemed intent on sinking the team with a comedy of errors:

The back end joined in on the silliness too.

Early in the second frame, Justin Holl skates himself into a bind before relinquishing possession and a glorious opportunity. The Leafs then wave their sticks at the puck as though they’ve never played professional hockey before, which allows Oliver Bjorkstrand to obtain another terrific look in the slot:

Morgan Rielly, the club’s top blueliner, gets in on the act with less than a minute remaining in the period—a truly awful time for a gaffe. Without any forwards in position to support him, Rielly decides to step up for a senseless hit that leads to another outnumbered opportunity. This is precisely the sort of poor decision-making that has held Rielly back from attaining true No. 1 blueliner status:

In a do-or-die scenario, the Leafs repeatedly tempted fate.

Since Frederik Andersen’s track record is also suspect in high-stakes affairs, it was only a matter of when—not if—Columbus would ice the game away. With eight minutes remaining in the third period, rookie Liam Foudy snuck an insurance goal by Andersen from a sharp angle to effectively seal the deal:

An ill-timed line change by Holl, a misread by Martin Marincin and shaky goaltending conspired to end Toronto’s season. Once again, the mistakes snowballed out of control.

Of course, this isn’t a shocking outcome. In fact, it was the most predictable one—and one Tortorella appeared to bank on. The Leafs would put up a good fight, but they would crumble. It’s in their DNA. Prior to this matchup, they had suffered three straight first-round exits despite putting themselves in position to win each series. Two of those crushing defeats came in Game 7 against the Boston Bruins. Under the bright lights, on the biggest stage, they will find a way to lose.

With that knowledge in tow, Columbus was perfectly happy to play the waiting game. The Blue Jackets didn’t need to carry the play to prevail. They simply had to dig their heels in long enough for the Leafs to shoot themselves in the foot.