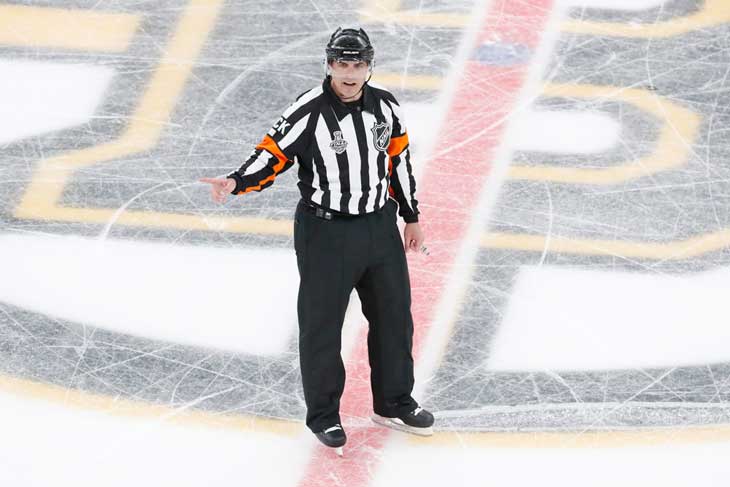 The NHL likes to tinker with some of their rules from time to time and the 2019/20 season is no exception. There are several alterations to the rules for the upcoming campaign but none of them could be considered major. In fact, the biggest change deals with the coach’s challenge and league’s video-review system.

The NHL general managers approved of the changes in the offseason along with the board of governors and the league’s competition committee. Commissioner Gary Bettman stated that video technology is already in place and being used so the league might as well expand on its utilization.

In 2018/19, NHL coaches were able to challenge a goalie interference call or an offside if a goal was scored on the play. They took advantage of it and several goals were called back after officials checked the slow-motion replays.

This season, coaches will also be given the chance to challenge a call for a missed stoppage in play when it also ends up in a goal against their team. This includes plays such as illegal hand passes, high sticks and pucks leaving the playing area and hitting the protective screening/netting which is placed around the rink behind the glass.

Coaches will be able to initiate a video challenge as long as the puck doesn’t leave the end zone before the goal is scored. For instance if an illegal hand pass is made, much like it was in last season’s playoff series between the San Jose Sharks and St. Louis Blues, the play can be challenged no matter how much time has elapsed on the clock as long as the puck stays in the zone and a goal is scored. No challenges are allowed if the puck leaves and re-enters the zone.

These missed calls are more-or-less black and white as a player either made a hand pass or didn’t or a the puck left the playing surface or it didn’t. These aren’t discretionary calls in nature such as when a referee may let the play continue after deciding a body check was a legal hit rather than interference etc.

Therefore, coaches can’t make a challenge after a goal is scored on what he may believe was a missed tripping call for example since the referee interpreted the play differently than the coach. When a coach makes a challenge in 2019/20 and it’s turned down it will result in a minor penalty for delaying the game. If a second or third challenge etc. is launched later in the contest and it’s also turned down then the challenging team will have to serve a double minor. Before this season, a team would receive a two-minute minor only on occasions when a challenge for offside was turned away.

Bettman said the NHL doesn’t want to enable coaches to challenge what they believe are missed penalties such as boarding, hooking and tripping etc because those calls are the opinion of the on-ice official and are routinely deemed debatable. But on the other hand, on-ice officials will be required to review match penalties, five-minute majors and double-minors for high-sticking this season to make sure the right call was made. This includes any match and major penalties which aren’t called for fighting.

On-ice officials will check the replays on a monitor at ice level to be sure of what they saw. They then have the power to change a match or major penalty to a two-minute minor if the replays happen to sway their decision. They can also stand by the original call if they choose. When it comes to double-minors for high sticking, the officials have the option of reversing the original call and wiping out the penalty entirely.

Bettman remarked that it’s tough for officials to tell if a player suffered an injury with an opponent’s high stick or a teammate’s stick or even his own stick for that matter and the league wants the calls to be 100 per cent right.

The NHL situation room in Toronto will be able to initiate reviews of a play in the last minute of the third period and at any point in overtime and also has the power to overrule an on-ice decision when it comes to a coach’s challenge.

Player safety is also in for a small change this season as nobody will be allowed to play without wearing a helmet. If a player’s helmet comes off during the course of the action he’ll either have to go and put it back on right away or leave the ice. However, if the player is carrying the puck when the helmet comes off he’ll be allowed to finish the play. Once the puck leaves his stick though the helmet must be replaced or he leaves the ice.

If a player loses his helmet and doesn’t leave the ice or retrieve it he will be assessed a minor penalty. In addition, any player who intentionally knocks an opponent’s helmet off of his head will be handed a two-minute roughing minor.

Another rule states that the defensive team won’t be allowed to change lines when it’s netminder freezes the puck from an opponent’s shot which originated on the other side of centre-ice. Also, a defensive club can’t change lines if it accidentally knocks off their own net. If a team does knock the net from its moorings, the attacking squad is allowed to choose which faceoff circle the puck will be dropped in.

Furthermore, the attacking side is allowed to choose which faceoff dot is to be used when their opponents are assessed a penalty and when they are called for icing the puck. Of course, choosing the faceoff circle will enable the attacking team to theoretically use their best faceoff men from the left or right side, whichever is his strongest.

The NHL also stated that an automatic goal will be awarded if a goalie knocks his net off intentionally when an opponents is coming in on him on a breakaway. Also, if the offensive team knocks or shoots the puck out of play while it’s inside their opponents’ blue line, the ensuing faceoff will take place inside the blue line.