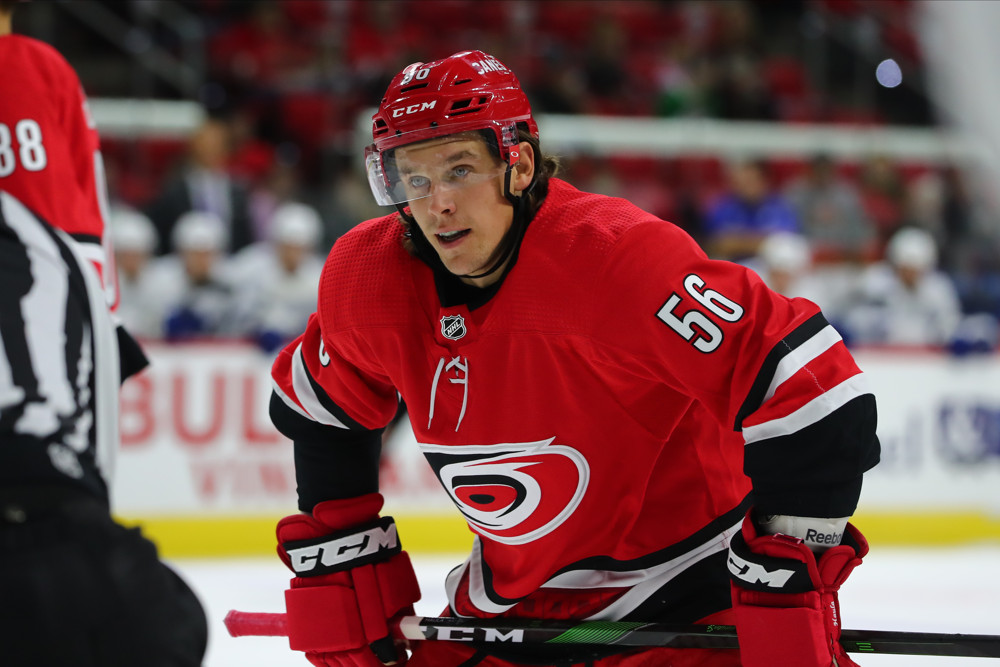 If you actually watched the Carolina Hurricanes last season — not just their Storm Surge celebrations — you weren’t surprised by their deep playoff run. Head coach Rod Brind’Amour had his club playing fantastic hockey right from the outset, as it swarmed around the puck and bombarded opponents until they buckled under the pressure.

Carolina’s output was simply insane. No team averaged more high-danger opportunities or expected goals than this young and hungry squad.

Better yet, this volume didn’t come at the expense of sound defense. There was no cheating for chances. Since the Hurricanes weren’t built for run-and-gun madness, they needed to control the puck first and foremost and dictate the action by tilting the ice toward the opposition’s cage. Whether it was a blue-collar grinder or a top-line difference-maker, the players hunted the puck down with laser focus. But rather than landing that one knockout blow, they overwhelmed teams with cumulative damage.

Everyone was on board too. The young stars (Sebastian Aho, Teuvo Teravainen) produced very well while maintaining solid three-zone discipline. The veterans (Justin Williams, Jordan Staal) led by example. The blue line was among the most active in the NHL when it came supplementing the attack. Carolina just kept pouring it on, chaining together shift after shift of relentless pressure. General manager Don Waddell stuck to the organization’s vision by acquiring possession poster boy Nino Niederreiter from the Minnesota Wild in February. That also paid off handsomely, as the big-bodied winger registered 30 points in 36 games alongside Aho down the stretch. On the whole, the team’s cohesion yielded phenomenal results by pretty much every metric (54.8 CF%, 54.2 SCF%, 54.7 HDCF%, 55.4 xGF%).

While Carolina did ultimately fall to the Boston Bruins in the third round, Brind’Amour couldn’t have drawn up a better first year behind the bench. He proved that his system elevates his players and they consequently went to war for him on a nightly basis. You’d be hard-pressed to name a team with a higher work rate last season.

However, an eventful summer has cast some uncertainty over the club. Williams has taken a break from the game, power forward Micheal Ferland signed with Vancouver, Calvin de Haan was traded to Chicago and Justin Faulk was dealt to St. Louis prior to signing a seven-year extension. Waddell didn’t merely lose talent, of course. He acquired speedy forward Erik Haula from Vegas, stay-at-home blueliner Joel Edmundson in the Faulk swap, inked scorer Ryan Dzingel to a two-year deal and brought in puck-moving defenseman Jake Gardiner for four years. That’s…a lot of roster turnover. 2017 12th overall pick Martin Necas also earned a place in the lineup and looks poised to cement a role in the top nine up front.

There’s no telling how these changes will impact the team’s identity.

Let’s start with the sure things. Health aside, Haula should slot in perfectly as a swift-skating, responsible and versatile forward. Though the 28-year-old probably won’t replicate his 55-point campaign from 2017-18 ever again, he’s a natural fit on a team that skates fast and works hard. He can hang with talented players, take on penalty-killing minutes and he’s decent at the dot. Pair him with a play-driver at even strength and you’re golden.

You also know exactly what you’re getting with Edmundson. The 26-year-old is a 6’4”, 215-pound no-nonsense defender who makes his living by protecting his net and his teammates. Outside of physicality, his game doesn’t make much noise — and that’s how you know he’s doing his job.

Now the picture gets blurry. Depending on the night, Dzingel is either a coach’s nightmare or best friend. He’s just as liable to provide instant offense as he is to drift out of position or lose his man in coverage. On a club that thrives as a five-man unit, this is dangerous. His aversion to two-way hockey was so evident to John Tortorella that Dzingel — one of Columbus’ big acquisitions at the trade deadline — was scratched for a second-round playoff game. Granted, Tortorella is notoriously tough on his players, but that’s still a pretty damning assessment of his contributions to winning hockey. Assuming he can play like a Hurricane, however, he should offer a source of blinding speed and creativity. During Thursday night’s season opener against Montreal, he flashed his nifty hands to set up Haula’s 3-3 tally.

Jake Gardiner is similar in the sense that he’s a gifted player who may struggle to find his bearings in Carolina. The smooth-skating 29-year-old fills a need as an effective and experienced puck-mover. With that said, his occasional lapses are glaring. There are nights when he’s seemingly trapped in a daze, moving in slow motion as the game whizzes by him in a blur. Unfortunately, that was on full display in do-or-die scenarios with Toronto. Again, though, a motivated Gardiner could become incredibly useful. There’s no doubting his ability with the puck and Brind’Amour could cover up his shortcomings by insulating him with Pesce. The 24-year-old already stands among the finest defensive blueliners in the league, using his great stick and angles to smother opposing forwards. Despite Gardiner playing primarily with Haydn Fleury on Thursday, Carolina was much more successful on the rare occasions when he and Pesce linked up.

Finally, there’s Necas. Strictly in terms of raw offensive talent — and keep in mind that doesn’t always translate to production — the 20-year-old may sit at the front of Carolina’s class. His vision and talent are impossible to miss when he has the puck and he single-handedly generated a handful of glorious chances against the Habs. He scored the 2-0 goal on a great deflection, but he could have easily notched three or four points on the night. His line owned 71.4% of the high-danger opportunities during his shifts.

There’s a flip side, however. Necas remains unpolished as a three-zone player and his risk-taking could undermine what makes the Hurricanes such an imposing team. On Jordan Weal’s 3-2 goal in the second period, Necas bungled a routine play at the defensive blue line. Instead of stopping to secure a bouncing puck in a dangerous area, he failed in his attempt to pick it up with speed and his leftover momentum granted the Canadiens enough room to enter the zone and manufacture an odd-man rush.

Thursday’s game featured several eye-popping breakdowns from a club that rarely gave anything away for free in 2018-19. Obviously, this was just the opener. There’s ample time to settle down and iron out the kinks, but the Hurricanes need to make sure they integrate their newcomers as opposed to letting their looser tendencies rub off on the team. Vegas, which also thrived on cohesion and underwent a similar transformation last season, suffered growing pains that ultimately cut its season short.

Amid a slew of roster changes, Carolina must stick to its guns. Otherwise, it may find itself engaging in shootouts it isn’t equipped to win.