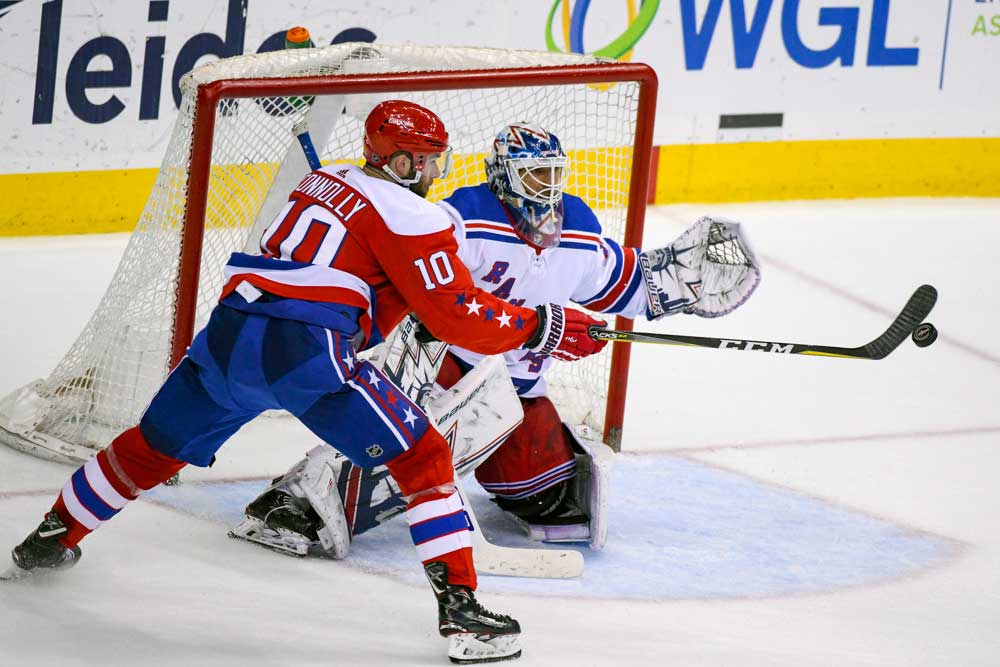 It takes four solid lines to win a Stanley Cup along with three effective defensive pairings. All cup-winning teams have their share of star players, but the unsung heroes are the guys that work their tails off in the trenches. The Washington Capitals managed to capture the silverware last season through the efforts of stalwarts such as Alex Ovechkin, Nicklas Backstrom, John Carlson and Evgeny Kuznetsov, but they wouldn’t have succeeded without the superb play of their bottom six forwards.

One of the team’s most underrated workhorses is 26-year-old Brett Connolly. He may have been a consistent scoring threat in the juniors and minor league hockey, but he’s now adapted to his role as a member of the supporting cast in the NHL.

The native of Campbell River, British Columbia was drafted quite high as the Tampa Bay Lightning took him with the sixth overall pick back in 2010. The right-winger had played just 85 games of junior hockey with the Prince George Cougars prior to the draft and had scored 40 goals and 39 assists. He was named the CHL’s rookie of the year in 2008/09 after registering 30 goals and 30 assists in 65 games.

After the draft he notched 46 goals and 73 points in 59 junior contests and Tampa Bay felt they were justified in selecting him as a high-scoring forward..

Connolly debuted with Tampa in 2011/12 and posted four goals and 11 assists in 68 games. It was obvious he wasn’t really ready for the NHL and spent most of the next season down in the American Hockey league with the Syracuse Crunch.

He gained some much-needed confidence by scoring 31 goals and 32 helpers in 71 games and was named to the league’s Second All-Star Team. He also skated in five games with Tampa that year and chipped in with a goal. He was back in Syracuse in 2013/14 and continued to put the puck in the net with 21 goals and 57 points in 66 outings, but managed just one goal in 11 games with Tampa.

Connolly finally showed something of a scoring touch in the NHL the next season when he scored 12 goals and 15 points with the Lightning, but the team didn’t feel he was playing to his potential. Tampa dealt Connolly to the Boston Bruins on trade deadline day for a second-round draft pick in each of the next two years.

His arrival in Boston was somewhat of a disappointment though as he played in just five games over the remainder of the season and contributed with a pair of assists. The next campaign wasn’t a whole lot  better as Connolly managed nine goals and 25 points in 71 appearances.

Like Tampa, the Bruins then decided to cut their losses and Connolly ended up with the Capitals by signing a one-year deal as a free agent. At this point, Washington knew they weren’t getting the high-scoring Connolly of junior hockey, but were acquiring a hard-working player to deploy on the third of fourth line.

In his first season with the Caps, Connolly scored a career-high 15 goals and added eight assists in 66 games while posting a plus-20 rating. The Capitals felt this was a pretty good output considering he was playing just 10:41 on average per game and he was signed for another two years. Connolly went without a point in the playoffs though and the Caps were finished after seven games as they fell to the Pittsburgh Penguins.

Connolly scored another 15 goals last season while upping his assists total to 12 and he chipped in with  six goals and three assists in the playoffs as Washington won the cup.

With 16 goals, 19 assists and 35 points after 64 games this season, Connolly has now set new career highs in the NHL in all three of those scoring categories and is on pace for 21 goals and 45 points this year. He’s been especially hot in the month of February with seven goals and three assists in 14 games up to now playing on the Capitals’ third line with Andre Burakovsky and Lars Eller. That’s not a bad return considering he was skating just 12:14 on average per night for the month and 13:24 on the season.

Connolly has three game-winning goals this year and has shown he has great hockey sense in the attacking zone. But even though he’s 6-feet-3-inches tall and tips the scales at close to 200 lbs, he’s not immune to injuries. If he could add a little more bulk to his frame he’d be even more effective with and without the puck.

However, the main thing about Connolly is he’s improving his overall game with each passing year. He may be reaching his prime soon as he’ll turn 27 years old on May 2nd, but he’s already earned himself a Stanley Cup ring.

Connolly’s confidence has grown tremendously since joining the Capitals and he doesn’t feel he has to live up to his high-scoring junior days to contribute.

He recently told the Washington media. “It’s been a great three years here and I really feel my game has turned a corner since I came here. I have a whole new outlook on the game, a new mindset for how I need to play and more confidence and it makes a big difference.”

The Capitals have been happy with Connolly’s play and the fact he’s now starting to find something of a scoring touch has been a bonus. The team has been somewhat inconsistent this season though and that’s something that will need to be remedied before the playoffs face off. But if the team’s stars can play to their potential this spring and the bottom six forwards such as Connolly continue to produce, the Caps may be good enough to retain the Stanley Cup.