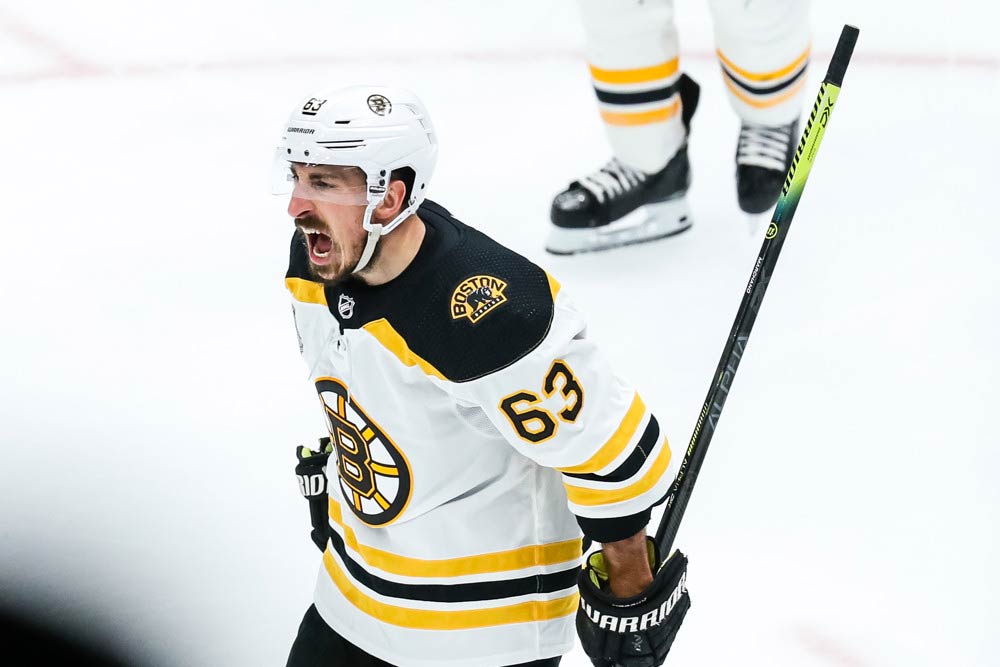 Have you ever been fishing and after a long, hard struggle reeling in your prized catch you suddenly see it wriggle off the hook when hoisting it out of the water? If so…then you know exactly how the St. Louis Blues are feeling right about now.

The Blues let the Bruins off the hook in game six of the Stanley Cup Final as they came out on the wrong end of a 5-1 score at home. They’ll have one more chance to reel the Bruins in with the seventh and deciding game set to face off in Boston at the TD Garden on June 12th.

But how many fishermen have landed the exact same fish after seeing it escape?

Perhaps the Toronto Maple Leafs know the answer to this question after going home with a 3-2 series lead in the first round of this year’s playoffs. They saw their advantage vanish into thin air and then hit the golf course two games later.

That’s the problem facing St. Louis right now as they need to beat the Bruins in their own barn after failing to seal the deal at home. This is great news for neutral and Bruins’ fans of course but St. Louis supporters really are feeling blue at this juncture. It’s hard for them to understand how their team has more or less dominated on the road at 9-3 and have been less than mediocre at the Enterprise Center by going 6-7. Let’s face it, if the Blues could play at home like they do on their travels this series would be over by now with the franchise capturing its first ever Stanley Cup.

That’s the nature of the beast though and why the games are played on the ice and nowhere else. While Blues’ fans may feel let down by their performance in game six the Bruins deserve their share of the credit. The game was close until the third period when Boston blew it open with four goals. St. Louis once again paid for their weak 75 per cent penalty-killing rate in the playoffs as Brad Marchand put the Bruins ahead at 8:40 of the opening stanza with his team enjoying a two-man advantage.

Boston managed to kill off four Blues’ power plays and Rask combined goaltending skills with good fortune to keep the score 1-0 heading onto the final period. Brando Carlo doubled their lead at the 2:31 mark and then rookie Karson Kuhlman made it 3-0 with his first ever postseason marker just after the midway point. Bruins’ coach Bruce Cassidy dressed Kuhlman on a hunch as it was his first taste of action since playing against the Toronto Maple Leafs back on April 30th.

Ryan O’Reilly gave the Blues’ faithful a glimmer of hope when his shot just made it across the goal line with 7:59 remaining in regulation time. They were soon deflated though when David Pastrnak made it 4-1 just over two minutes later. Boston then let all the air out of the balloon when captain Zdeno Chara scored an empty netter with 2:19 to go while Blues’ goalie Jordan Binnington was watching from the bench.

The result means the Stanley Cup Final will have to be decided in the maximum seven games for the 17th time since the best-of-seven format was introduced in 1938/39. The last time it went seven was in 2010/11 when the Bruins came back from a 3-2 series deficit to eliminate the Vancouver Canucks by shutting them out 4-0 in their own rink. Boston will host the game this time and it’s the first time in the team’s 95-year history they will play game seven of a Stanley Cup Final in Beantown.

The odds are with Boston since home teams have ground out victories in a dozen of the previous 16 game-seven finals while the road team have mustered four wins. Recent history may be on the Blues side though as the last two game-sevens in a Stanley Cup Final were captured by the visitors. The Pittsburgh Penguins left Motown with the cup under their arms in 2008/09 when they derailed the Detroit Red Wings and as mentioned the Bruins pulled it off against the Canucks two years later.

The NHL record for overall game-seven appearances is held by Boston at 27 and have gone 15-12 with a 14-8 mark in their own building. The Blues have participated in game-seven 17 times and stand at 9-8 with a road record of 4-6. Each team has bounced back from falling behind 3-2 in series this years to emerge victorious. Boston took care of Toronto as usual to win game seven 5-1 and the Blues did the same thing to the Dallas Stars in the second round when they edged them at home 2-1 in double overtime.

Boston’s 42-year-old skipper Zdeno Chara will be playing in a game-seven for the 14th time this week and that will set a new NHL record. He’s gone 6-7 while Scott Stevens went 7-6 in his 13 games and goaltender Patrick Roy was also 6-7. When Chara buried an empty-netter in game six against the Blues he became the second-oldest NHL’er to tally in a Stanley Cup Final. The oldest was Mark Recchi as he was 43 when he notched three goals for Boston against the Canucks in 2010/11.

This deciding game may very well come down to goaltending and there’s no doubt Binnington always bounces back with an excellent game following a loss. But Boston’s Tuukka Rask has posted a goals-against-average of 1.34 this postseason when playing elimination games with a save percentage of 95.3. He’s also the top dog in the playoffs with a 93.8 save percentage overall.

With the win in game six, Rask’s career road record in the playoffs stands at 23-18 with a 93.7 save percentage and 1.97 GAA with five shutouts. He now holds the club record for road victories as Gerry Cheevers went 22-19. In addition, Rask’s GAA on the road is the second-best in league history for goalies who have played at least 30 games. Turk Broda holds the lowest mark at 1.87.

In other tidbits, O’Reilly has scored in three straight games for the Blues and is riding a five-game points streak. He has seven goals and 14 assists for 21 points to tie Brett Hull, Bernie Federko and Doug Gilmour  for the most points in a playoff season in franchise history. O’Reilly also has four goals and seven points in the series to tie Frank St. Marseille for both categories as a Blue in a Stanley Cup Final. Alex Pietrangelo has 15 assists this postseason to tie Federko’s record while his 17 points and 15 helpers sets a new franchise mark for a blue liner.

The only thing guaranteed for game seven is the Stanley Cup and Conn Smythe Trophy will be presented on the ice. Other than that, history’s shown us that anything’s possible.